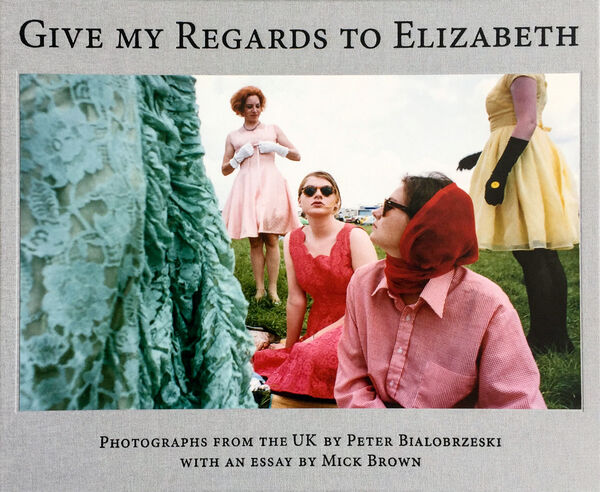 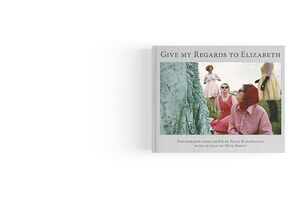 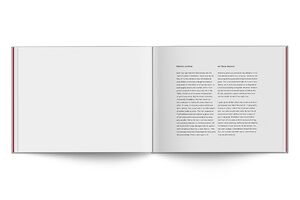 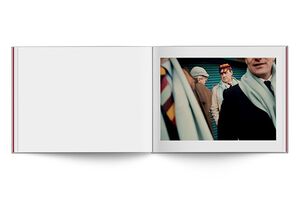 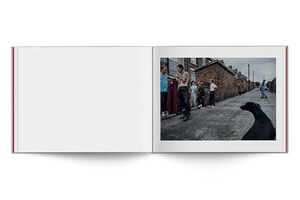 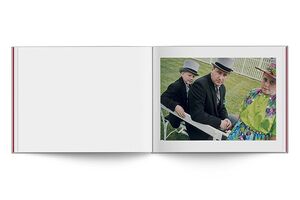 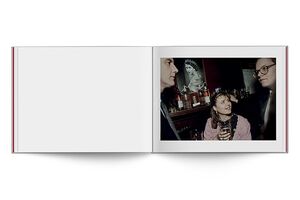 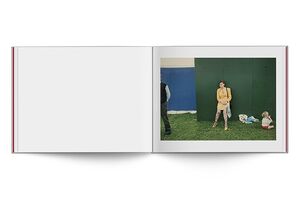 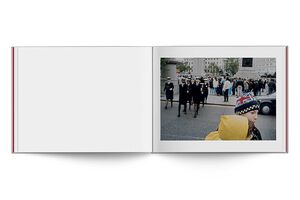 Peter Bialobrzeski | Hartmann Books
Peter Bialobrzeski – Give my Regards to Elizabeth
Photographs from the UK
€38.00
Including VAT, plus Shipping
Transit time: 2 to 6 business days (worldwide)
Add to cart    Add to wishlist
This book is a record of Peter Bialobrzeski’s time in England in the early 1990’s, when he finished his studies at the Folkwang School, Essen with a one year DAAD stipend at the London College of Communication. The publication is his diploma work, made in two handbound, then still completely analogue made dummy books. Now, 27 years later the book is published as an almost facsimile version of the original layout.

Coming from a post-unification booming, optimistic Germany economy he found a country and an economy in recession with growing unemployment, declining optimism. Thatcherite capitalism had left it’s deep marks on the faces of people and places. He wanted to capture the class ridden society he was unfamiliar with as a citizen of Germany. The book and his pictures can be seen as a historical document influenced by the british colour photography of the 80’s. In some pictures one can already see the ideas and visual concepts that would make him famous.

Peter Bialobrzeski’s work has been exhibited in Europe, the United States, Asia, Africa and Australia. He is the recipient of numerous awards, including the prestigious World Press Photo Award (2003 and 2010). In2012 he was granted the Dr. Erich Salomon Award by the German Society of Photographers. He is teaching at the HBK in Bremen.

Co-published with Dewi Lewis in the UK and North America.