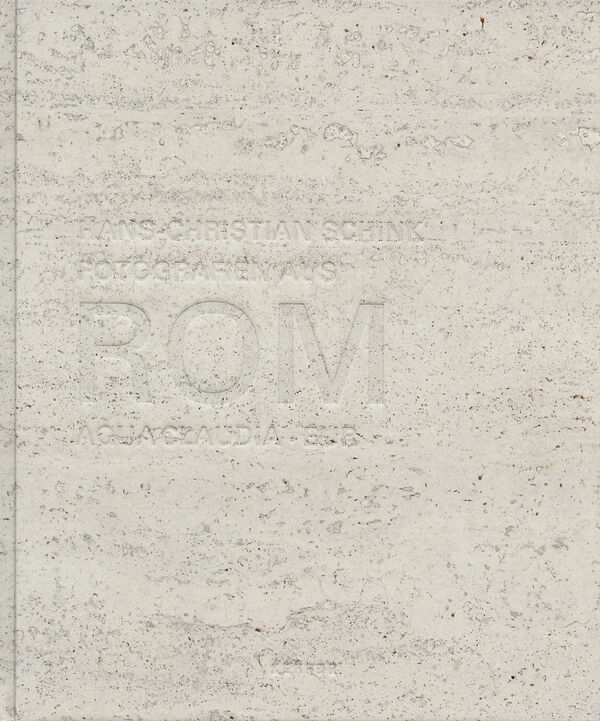 The Aqua Claudia was an antique aqueduct, supplying the roman capital with water. The overall length from the source to the city-centre added up to approximately 69 kilometres. From today's Parco degli Aquedotti to Porta Maggiore the remaining fragments can still be found throughout the south-eastern districts.

Hans-Christian Schink follows the aqueduct through the urban landscape, depicting a cross section of the citys history. Esposizione Universale di Roma (EUR as the locals call the quarter) is the name of the 1938 erected district in the South of Rome. Hans-Christian Schink approaches the phenomenon of the EUR from new angles. He (mostly) resists the lure of the monumental optical axes, grandiose central perspectives, and the strict play of light and shade. He extends the vanishing points to several meters, displaying sculptures from the back and draws attention to banalities. Through his autonomous perspective, he breaks the intended manifestation of the places power, through the absence of people and vehicles he shifts the atmosphere into the surreal.

Hans-Christian Schink, born in 1961 in Erfurt, lives and works in Berlin. His work is internationally exhibited and published and is found in important collections both private and public. In 2013 he received the German LEAD Award in Gold