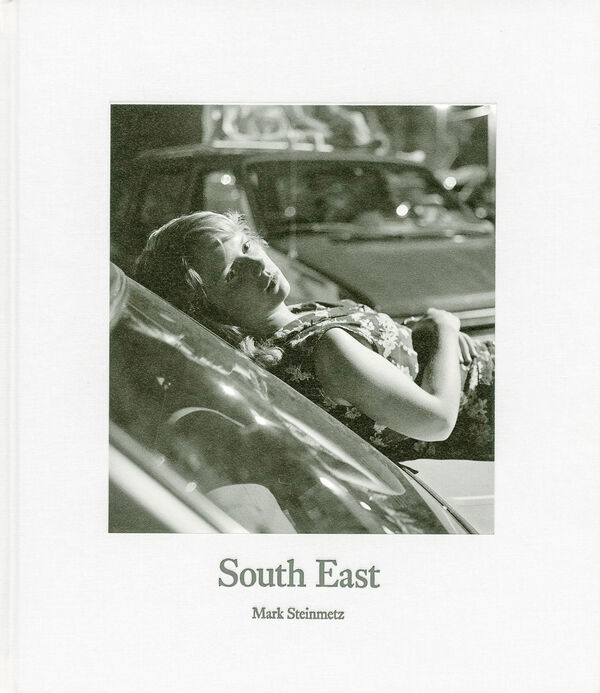 80 pages, 27 x 30.5 cm , 862 g.
Mark Steinmetz | Nazraeli Press
Mark Steinmetz – South East
€65.00
Including VAT, plus Shipping
Transit time: 2 to 6 business days (worldwide)
Add to cart    Add to wishlist
Highly regarded for his black-and-white portraits, Mark Steinmetz is renowned for producing powerful pictures that capture the strong sense of displacement and isolation felt by many young Americans. His celebrated trilogy “South” (consisting of South Central, South East, and Greater Atlanta) was published by Nazraeli Press between 2007 and 2009, and offers a lyrical and evocative look at American culture and notions of progress.

We are pleased to announce a new, remastered edition of these three important titles. The format, sequence and design are true to the original printings. The materials, however, have been upgraded; the books are now bound in cloth over board, and printed in quadratone on a special matte art paper.

Long out of print, South Central, South East and Greater Atlanta have been elusive goals for many libraries. This remastered release will be a welcome addition to any good library of photographic books.

Designed as a companion book to his critically-acclaimed monograph South Central, Mark Steinmetz here turns his focus to Athens and Atlanta, New Orleans, Memphis and East Tennessee, and the roads between.

Highly regarded for his black-and-white portraits, Steinmetz is renowned for producing powerful pictures which capture the strong sense of displacement and isolation that is felt by many young Americans. His work is in the collections of the Museum of Modern Art, the Metropolitan Museum of Art, the Whitney Museum of American Art, the Art Institute of Chicago, and the Los Angeles County Museum of Art. South East opens with an introduction by Peter Galassi, former Chief Curator of the Department of Photography at The Museum of Modern Art in New York.

“Mark Steinmetz works in a venerable tradition of photographic prowling that bets everything on the ordinary. Each picture is the fruit of an unplanned encounter: Though the photographer may know more or less where he is going, he can’t know precisely what he will find. An accumulation of these improvised perceptions can make both a world and a way of looking at it.” — from the Introduction by Peter Galassi