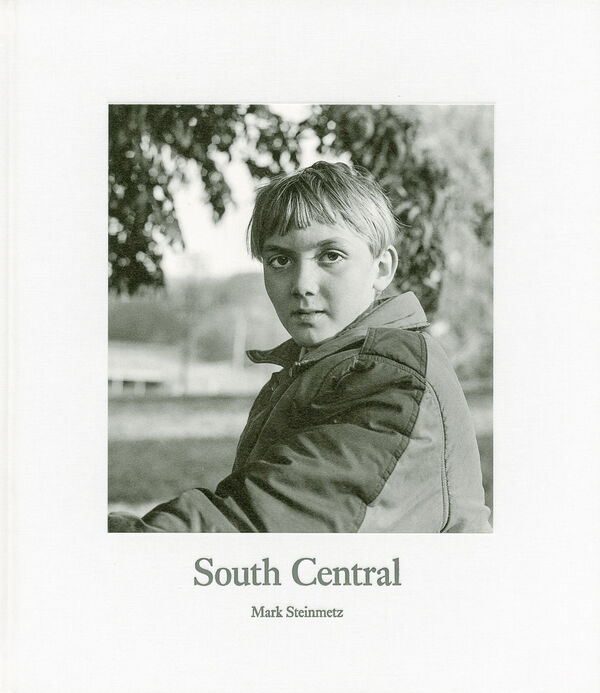 72 pages, 27 x 30.5 cm , 812 g.
Mark Steinmetz | Nazraeli Press
Mark Steinmetz – South Central
€65.00
Including VAT, plus Shipping
Transit time: 2 to 6 business days (worldwide)
Add to cart    Add to wishlist
Highly regarded for his black-and-white portraits, Mark Steinmetz is renowned for producing powerful pictures that capture the strong sense of displacement and isolation felt by many young Americans. His celebrated trilogy “South” (consisting of South Central, South East, and Greater Atlanta) was published by Nazraeli Press between 2007 and 2009, and offers a lyrical and evocative look at American culture and notions of progress.

We are pleased to announce a new, remastered edition of these three important titles. The format, sequence and design are true to the original printings. The materials, however, have been upgraded; the books are now bound in cloth over board, and printed in quadratone on a special matte art paper.

Long out of print, South Central, South East and Greater Atlanta have been elusive goals for many libraries. This remastered release will be a welcome addition to any good library of photographic books.

Renowned for his modest yet powerful photographs that capture the sense of displacement and isolation felt by many young Americans, Mark Steinmetz photographed in and around Knoxville, Tennessee to create the work that makes up South Central. The title of the book is derived from the South Central Bell telephone company that serves Knoxville, and their public pay phones are a recurring theme in this work; an iconic reminder of the area's socio-economic condition. The artist possesses an uncanny ability to pull folly, aggression and tenderness through his lens simultaneously, and delivers with this book a powerful and touching visual novel of the human condition.