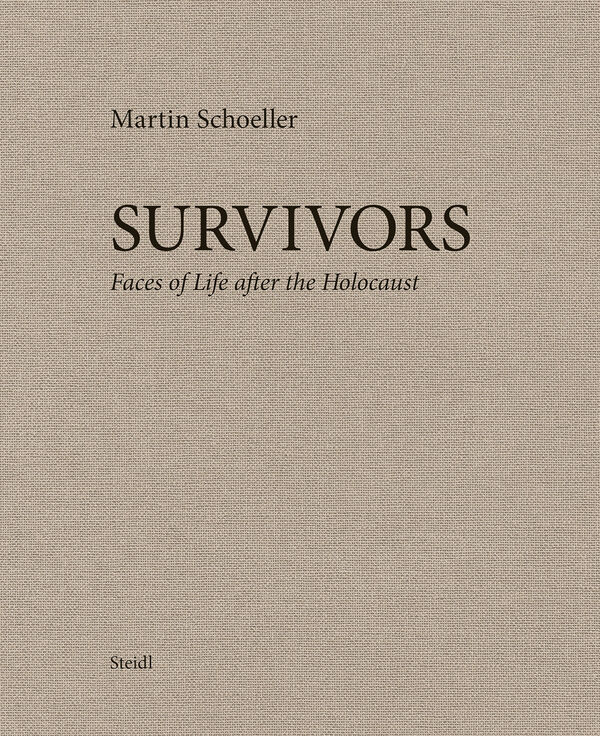 168 pages, 21.8 x 27 cm
Martin Schoeller | Steidl
Martin Schoeller – Survivors
Faces of Life after the Holocaust
€28.00
Including VAT, plus Shipping
Transit time: 2 to 6 business days (worldwide)
Add to cart    Add to wishlist
Survivors. Faces of Life after the Holocaust presents confronting images of 75 Holocaust survivors from Israel by Martin Schoeller. Photographed in cooperation with the World Holocaust Remembrance Center Yad Vashem, the portraits mark the 75th anniversary of the liberation of Auschwitz on 27 January 1945.

These compelling pictures capture the weathered faces of Jewish men and women who witnessed and endured the atrocities of the Holocaust, allowing viewers to discern their struggles and exceptional physical and spiritual resilience. Presented close-up and larger-than-life, every feature of Martin Schoeller’s subjects provides us with a piece of personal and collective history: their faces observe us, their gazes hold us. The lines they bear evidence horrors endured, as well as the triumph of their survival and building their lives anew. Survivors offers a portal to the vast legacy of the Holocaust victims—both those who survived, and those who did not—and is an attempt to preserve the incomprehensible for generations to come.