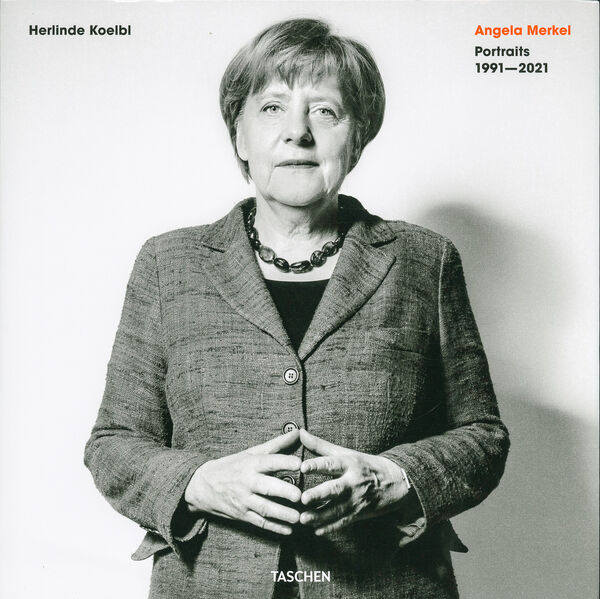 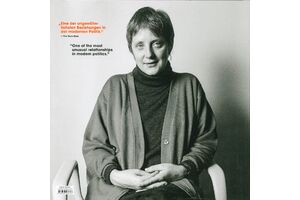 Angela Merkel: an era ends—and with it a project unique in the world. Between 1991 and 2021 this remarkable politician was photographed year after year, with a short hiatus, by Herlinde Koelbl. Each time they came together, a headshot and a three-quarter-length shot were taken before a plain white background; images that document with authenticity the astonishing ascent of a 37-year-old political outsider to one of the most powerful politicians in the free world. This long-term photo study strikingly shows how the traces of power changed Merkel, who at the start of this extraordinary photographic ritual was still almost 15 years away from becoming the first woman chancellor of Germany.

What did she have to learn, how did she have to change in order to persist, indeed to survive politically? How did politics impact her private life? The renowned photo artist succeeded in capturing Merkel’s human side through other means apart from her camera lens. Usually extremely reserved, the politician answered Koelbl’s questions with such surprising openness and intimacy that, according to the Guardian, the two women share “one of the most unusual relationships in modern politics.” Herlinde Koelbl presents a documentary portrait in words and images, of a kind that does not exist for any other global leader. It travels through time, spanning the Angela Merkel epoch—from the first year to the last. It is the portrait of an extreme physical and psychological transformation, and the written record of a unique rapport.