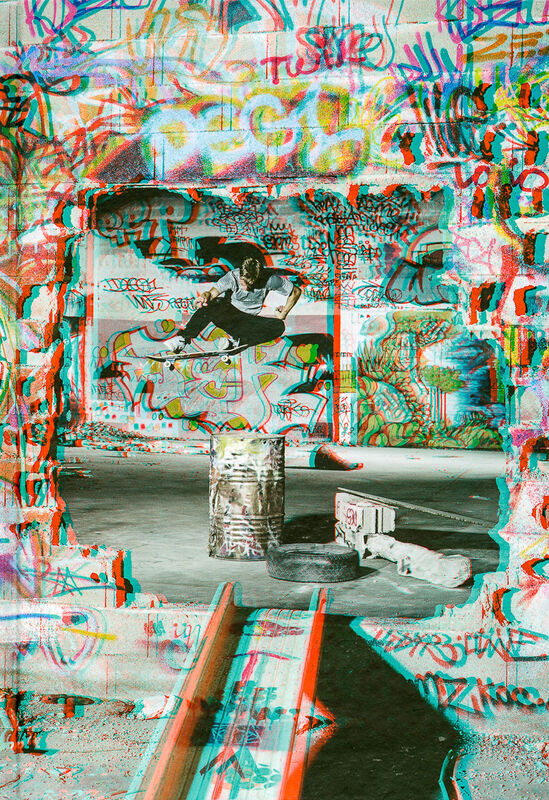 120 pages, 22 x 32 cm , 1050 g.
Prestel
Sebastian Denz – Skateboarding 3D
Was €39.95 €9.95
Including VAT, plus Shipping
Transit time: 2 to 6 business days (worldwide)
Add to cart    Add to wishlist
For about three years Sebastian Denz has been travelling through Europe to shoot a series of 3D photographs in a quality never seen before. Featuring the Carhartt skate team and inspired by virtual spaces, this oversized volume brings the culture of skateboarding to life, while exploring the possibilities of 3D photography.

Denz built his own 8 x 10 inch large-format-stereo camera to take these spatial pictures, and received the International BFF, Germany's freelance photographers' award for the project. The book SKATEBOARDING.3D won several awards including the DDC award “gold medal” and the iF communication design award “gold”. It is nominated for the Design Award of the Federal Republic of Germany—the country's highest distinction in the field of design.

Four pairs of special glasses and a slipcase are part of this remarkable book, which is a companion volume to a traveling exhibition of Denz's work.