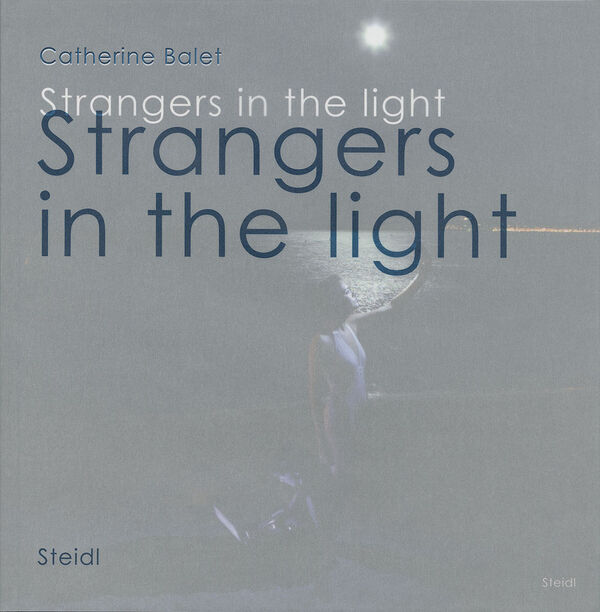 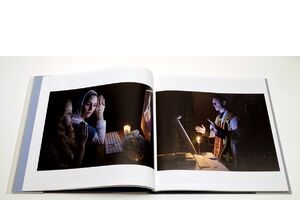 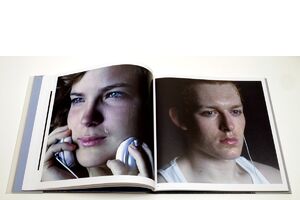 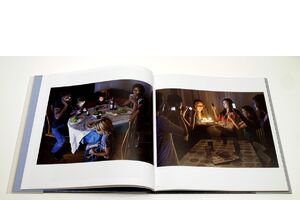 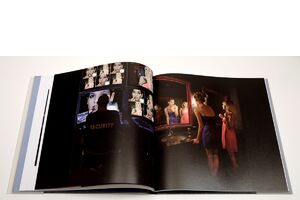 Catherine Balet | Steidl
Catherine Balet – Strangers in the light
Was €28.00 €18.00
Including VAT, plus Shipping
Transit time: 2 to 6 business days (worldwide)
Add to cart    Add to wishlist
One summer night Catherine Balet was inspired by the sight of a young couple standing in the sea bathed in moonlight, shooting a self-portrait with a mobile phone.

Balet was touched by the beauty of the scene, the two white bodies revealed by the lightning of the electric flash, and was struck that this was the point where technology metromanticism, where the future met the past, and the blue light of the new world met the golden light of classical painting. Connecting the ephemeral, vacuous, anonymous nature of an out of control digital world with long-lived cultural references, Balet questions how yesterday links into tomorrow.

Strangers in the Light explores the dominance of media screens in contemporary life, from surgical simulators to interactive sex, from a connected family gathering to the violence of video games. Her images also refer to the narcissistic self-awareness expressed on social networks and the new approach to quick, light mobile photography that affects our visual culture. All the scenes are lit only with the technological devices, generating a mysterious beauty. Balet casts a fascinated, sometimes ironic, eye on the intricate relationship between man and technology, providing a captivating portrait of our society that hovers between fiction and documentary.