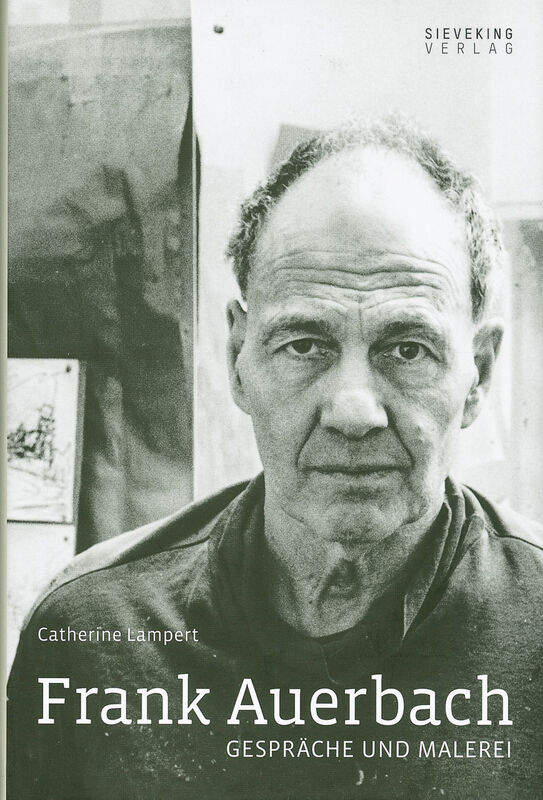 240 pages, 15.2 x 22.9 cm , 780 g.
Frank Auerbach | Sieveking
Frank Auerbach – Gespräche und Malerei
Was €39.90 €9.95
Including VAT, plus Shipping
Transit time: 2 to 6 business days (worldwide)
Add to cart    Add to wishlist
Over the course of a career spanning more than sixty years, Frank Auerbach has gained a high level of international recognition for his supremely individual expressive style of painting. He is also considered to be one of the most astute thinkers of our day; at the same time, he’s among the most reserved and reclusive painters of his generation.

Art historian Catherine Lampert, who has known Auerbach for three decades and has also occasionally sat for him, has succeeded spectacularly in creating an intimate portrait of the artist. Drawing in part from her many conversations with him, she provides a rare glimpse into Auerbach’s daily routine, his working methods, his thoughts and ideas. The artist talks about the people, places, and experiences that have shaped his life. Born in Berlin in 1931 into a Jewish family, Auerbach arrived in England in 1939, just short of his eight birthday, a refugee from Nazi Germany. In the fifties, Auerbach found his way in the London art scene and started developing his very individual style of painting. Over the years he has counted fellow artists Leon Kossoff, Francis Bacon, and Lucian Freud among his close friends.

This monograph is lavishly illustrated with reproductions of Auerbach’s paintings and drawings, pictures taken in his studio, as well as personal photographs, some of which were previously unpublished.

Catherine Lampert is co-curator of the Frank Auerbach retrospective, which will be on view at the Kunstmuseum Bonn and Tate Britain.