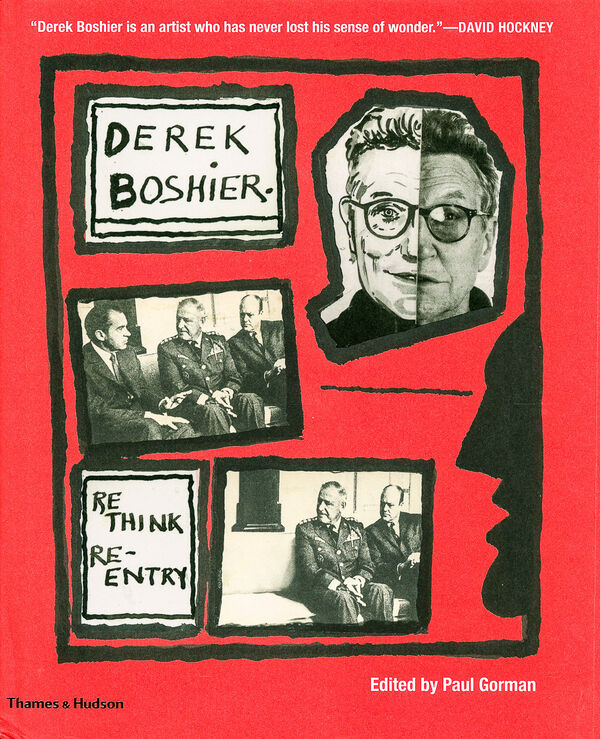 288 pages, 23 x 28.5 cm , 1844 g.
Derek Boshier | Thames & Hudson
Derek Boshier – Rethink / Re-entry
Was €45.00 €10.00
Including VAT, plus Shipping
Transit time: 2 to 6 business days (worldwide)
Add to cart    Add to wishlist
Derek Boshiers art has journeyed through a number of different phases, from films and painting to album covers, photography, and book making. He was a contemporary of Pauline Boty, Peter Blake, and David Hockney at the Royal College of Art and first achieved fame as part of the British Pop Art generation of the early 1960s. He then progressed to making wholly abstract illusionistic paintings with brash colors and strong patterns in shapes that broke playfully free of conventional rectangular formats.

At the beginning of the 1970s, Boshier gave up painting for more than a decade and turned to book making, drawing, collage, printmaking, photography, posters, and filmmaking.

His work included album covers and stage-sets for David Bowie and a songbook for The Clash.Boshiers work has always conveyed an abiding political and social engagementreflecting upon themes from apartheid in South Africa to the anxieties provoked by Al Qaedaand has a profound sense of place, responding to those he has visited and lived in, from Houston, Texas to England and Los Angeles.