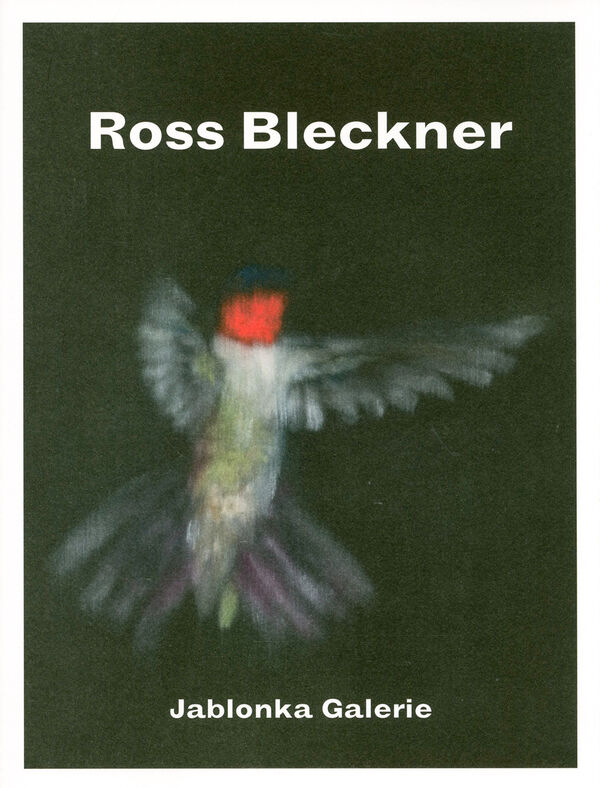 24 pages, 24 x 31.5 cm , 226 g.
Ross Bleckner | Jablonka Galerie
Ross Bleckner – Birds, Brains, Flowers
Was €20.00 €5.00
Including VAT, plus Shipping
Transit time: 2 to 6 business days (worldwide)
Add to cart    Add to wishlist
Born in New York City in 1949, painter Ross Bleckner is regarded as one of the protagonists of the Op Art movement – a style of visual arts developed in the 1960s which plays with optical illusions.

The works in this volume bear witness to Bleckner’s interest in blurred images and disillusion – in mixing up things in such a way that their identity cannot be foreseen or deciphered.
For instance, this is illustrated by an image of a dove gliding contourlessly through the night darkness. This is one of the “Birds” and “Flowers” works being exhibited in the Jablonka Gallery.

The artist explains his great interest in light and darkness, in the interplay between light and shade in both technical and metaphorical terms: “I’d rather bring dark out of light than layer dark over night. It’s just my optimism, not infantile, but the childlike part of my brain that wants to make things better, make things work. There’s light at the end.”

Bleckner’s ongoing dialogue with the past is also reflected in the “Brain” works that are being shown at Jablonka Pasquer Projects. These depict human brains, surrounded by fine lines linked with small dots. Bleckner finds inspiration in microscopic images and detailed medical illustrations which serve at the same time as an indication of mortality, while also referencing the diagnosis of his father, who died of cancer. The work entitled “My sister’s brain” (2012) can also be allocated to this dialogue. The template for this outsize image was a brain scan from his sister, who was diagnosed with schizophrenia. Bleckner’s interest in his father’s and sister’s conditions stems from a longstanding fascination with disease progressions: “The idea that the body is so perfect, until it’s not perfect. It’s a fragile membrane that separates us from disaster.”