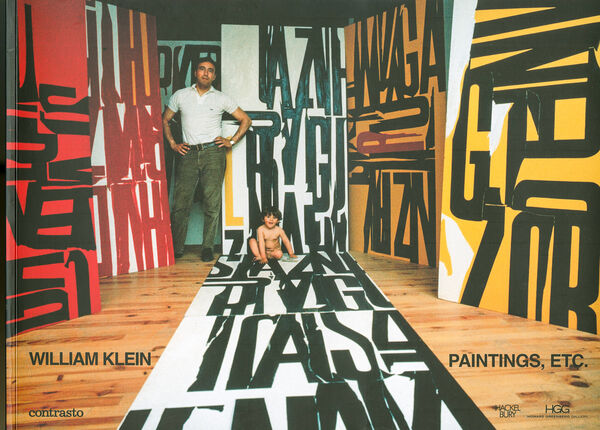 103 pages, 34.7 x 25 cm , 884 g.
William Klein | Contrasto
William Klein – Paintings, etc.
Was €42.00 €18.00
Including VAT, plus Shipping
Transit time: 2 to 6 business days (worldwide)
Add to cart    Add to wishlist
William Klein is cult figure in photography and film, and although long noted as a painter, his early work has remained largely unseen for over sixty years. This book presents a selection of extremely rare Klein paintings from the late 1940s and early 1950s. It also includes projects for murals, some of which executed on a monumental scale for the first time, Lettrist works, fashion photographs and 'Printed Contacts.' The show also maps a decisive moment in the artist's development: in 1952, while photographing his painted 'Turning Panels' commissioned by architect Angelo Mangiarotti, Klein captured the blur of objects in movement. The incident set the artist off on a series of experiments in the dark room, in which he developed the blueprint of his photographic abstraction. Giving a new perspective on his entire career, this book clearly portrays the foundations of Klein's unique visual languag
More books from William Klein view all
William Klein – Life is Good & Good for You in New York
William Klein – Films
William Klein – William Klein + Fifty One
William Klein – ABC (*Hurt)