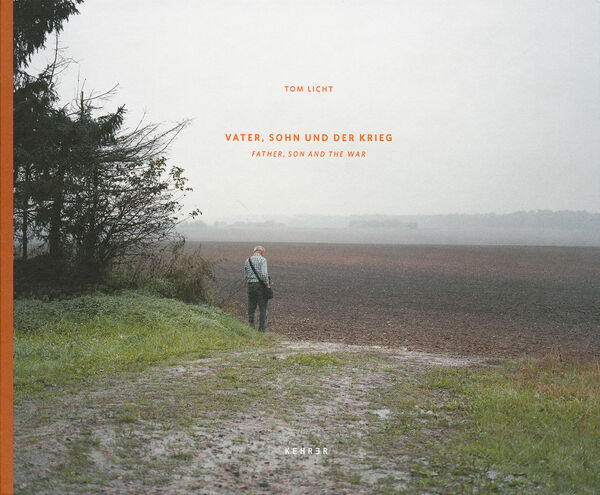 108 pages, 30 x 24 cm , 878 g.
Tom Licht | Kehrer
Tom Licht – Vater, Sohn und der Krieg | Father, Son and The War
Was €34.90 €14.95
Including VAT, plus Shipping
Transit time: 2 to 6 business days (worldwide)
Add to cart    Add to wishlist
In 2013 German photographer Tom Licht (*1972) took off with his father (*1940) on a somewhat different kind of road trip: from their small home village in Southern Thuringia thousands of kilometers eastward, on the search for the place where, 72 years previously, his grandfather, 35 years old at the time, had fallen during an attack on a Russian village in the war.

The mismatched father-and-son pair sets off on an extended search for clues that follows the erstwhile route of the Wehrmacht regiment of their unknown medical NCO until just outside Moscow and, in doing so, is confronted with barely healed scars of the 2nd World War just as it must face its own, hitherto unspoken psychological wounds.

The highly personal photographs that Tom Licht brings back from this journey and now publishes in this book enable us only to intuit how, against the backdrop of the horrors of war and by the example of a specific, tragic family history, the millions-fold fate of a fatherless postwar generation is showing its effects to this day.