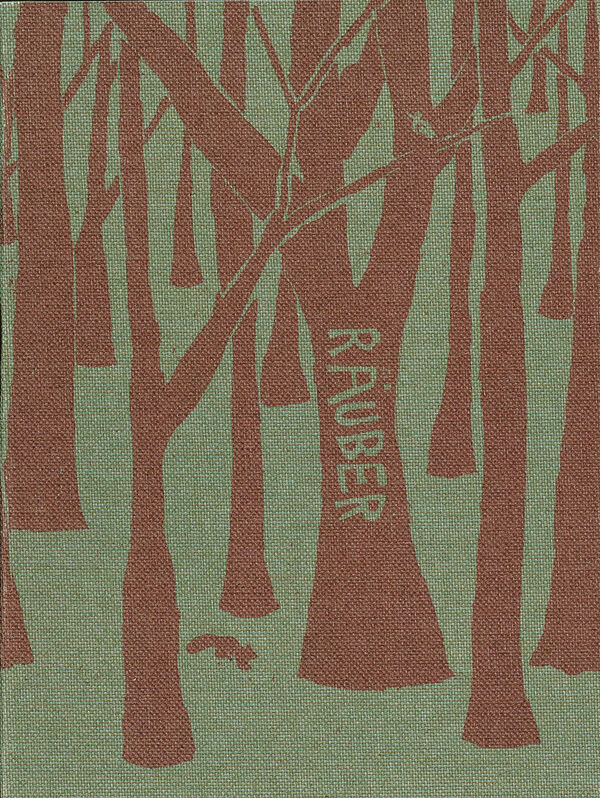 240 pages, 15 x 20 cm , 568 g.
Josh Kern | Eigensinn
Josh Kern – Räuber
€38.00
Including VAT, plus Shipping
Transit time: 2 to 6 business days (worldwide)
Add to cart    Add to wishlist
My mother moved to her new partner’s place with me in the middle of the forest called „Bremerhof“ when I was about 14 years old. I really didn’t get along with my stepdad. Not because he wasn’t my real dad or anything, but simply because we were as different as two persons can be. I also have to admit that it probably wasn’t easy for him either. He cared about money and things being organized while the only thing on my mind was skateboarding. We were completely talking at cross-purpose and both of us felt misunderstood like little boys all the time. My poor mother…

One year later my half brother was born, Jascha. It felt awkward to me. Everything felt awkward to me at that time. I wasn’t sure how I was supposed to interact with him. About three years later I moved out and was happy to be on my own.

After a while my mother broke up with my stepdad, so she moved with Jascha to an old farmhouse 200 meters away. I really liked Jascha but the few times I was visiting weren‘t enough to get to know him. He once told me that one day he will own a kiosk in order to make a living, which really impressed me. I gave him a skateboard but he wasn’t too much into it and always left it outside in the rain.

When I was visiting I always took a few pictures of Jascha, but only around easter in 2020 I really started to follow him around and to document him. And it was crazy because only then I realized how good it felt to spend time with him and that my camera was the best excuse for that. His company allowed me to be completely careless and childish. Although he cares more about other beings than anyone else I have met so far. All these things that he loves felt so similar to me. Like, there is nothing that gets him as excited as his chickens. What skateboarding was for me, is tennis for him (wich I don’t really get, but whatever). And somehow he is such a sensitive person, wich doesn’t make things easy, especially as a boy. My mother often says that she is going through the exact same things with him as she already did with me.

Thank you, Jascha. I’m happy that my mother got together with your father when I was one year older than you are now. Honestly. I’m proud to be your brother.