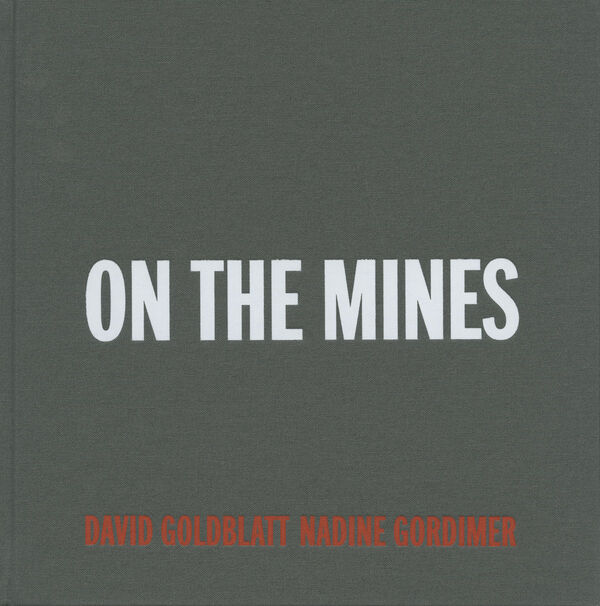 180 pages, 28 x 28 cm , 1620 g.
David Goldblatt | Steidl
David Goldblatt – On the Mines
Was €58.00 €19.95
Including VAT, plus Shipping
Transit time: 2 to 6 business days (worldwide)
Add to cart    Add to wishlist
On the Mines is a re-designed and expanded version of David Goldblatt’s influential book of 1973. Goldblatt grew up in the South African town of Randfontein, which was shaped by the social culture and financial success of the gold mines surrounding it. When these mines started to fail in the mid-sixties Goldblatt began taking photos of them, which form the basis of "On the Mines".

The book features an essay on the human and political dimensions of mining in South Africa by Nobel laureate Nadine Gordimer, whose writing has long influenced Goldblatt. The new version of the book maintains the original three chapters “The Witwatersrand: a Time and Tailings”, “Shaftsinking” and “Mining Men”, but is otherwise completely updated, in Goldblatt’s words, “to expand the view but not to alter the sense of things”. There are thirty-one new mostly unpublished photos including colour images, eleven deleted images, a postscript by Gordimer to her essay, as well as a text by Goldblatt reflecting on his childhood and the 1973 book.

"On the Mines" is the first of many titles in an ambitious collaboration between the photographer and Steidl that will publish Goldblatt’s life work in a series of re-prints and new books.