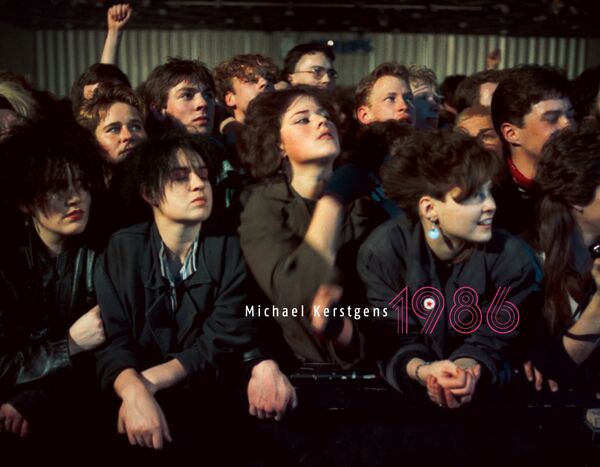 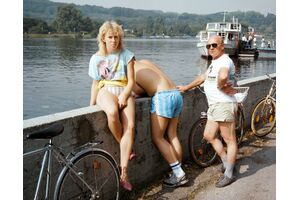 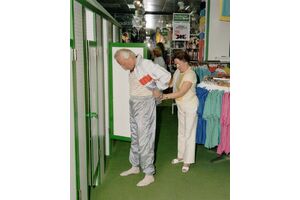 Michael Kerstgens | Hartmann Books
Michael Kerstgens – 1986
Back to the Present
€34.00
Including VAT, plus Shipping
Transit time: 2 to 6 business days (worldwide)
Add to cart    Add to wishlist
In 1986, the decade was halfway over. In April, the reactor in Chernobyl melted down, the Cold War was coming to an end, Helmut Kohl was chancellor, AIDS was just being perceived as a pandemic threat in Germany, and the affluent society of the Federal Republic of Germany was beginning to view consumption as a leisure activity. That year, Michael Kerstgens, then a student at the Gesamthochschule Essen (formerly the Folkwangschule), received a scholarship with the assignment to take a photographic look at the subject of leisure. He used it to observe West Germans engaging in their favorite leisure activities, including sports, fitness, soccer, partying, outdoor swimming, tennis, playing golf (and miniature golf), driving Golfs (and Opels), and shopping.

In his essay, Klaus Honnef describes the 1980s as the favorite decade of the West Germans. Compared to their compatriots in the German Democratic Republic, they were doing extremely well. While the GDR past has been the focus of many recent publications, this laconic documentary looks at the other side, precisely observing a relatively carefree West German society. The sweeping changes at the end of the decade were inconceivable—the here and now was more important and more entertaining!

For hose who lived through the ’80s in the FRG, the pictures of Michael Kerstgens are a (terribly-beautiful) trip down memory lane, for all others a mandatory visual tutorial!