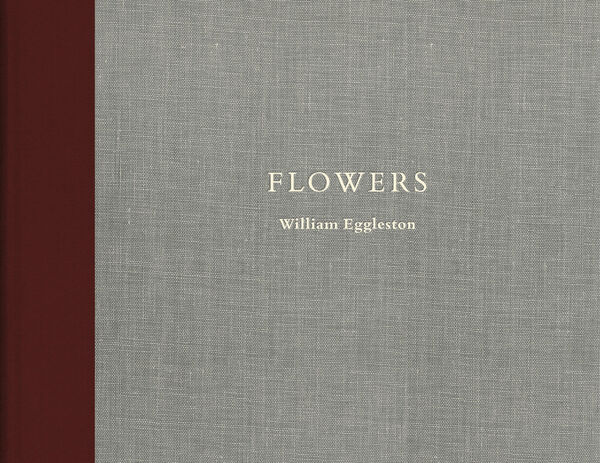 32 pages, 30.5 x 23 cm , 492 g.
William Eggleston | Steidl
William Eggleston – Flowers
€58.00
Including VAT, plus Shipping
Transit time: 2 to 6 business days (worldwide)
Add to cart    Add to wishlist
Flowers is a facsimile of the third of William Eggleston’s rare artist’s books, which was first published in an edition of only fifteen by Caldecott Chubb in New York in 1978. The original Flowers was a linen-bound volume with red leather spine and corners recreating the look of a photo album, and housed in a slipcase. Within its pages were twelve original chromogenic coupler prints focused on the theme of flowers.

Flowers, along with trees and other foliage inevitably feature in many of Eggleston’s photos as part of the Memphis streetscapes and interiors that are his favorite motifs. But in this book the flowers take center stage in all their mundane glory—be it a kitsch spray of gladioli and carnations in a cut-glass vase, a single rose before a box hedge, or a forlorn bunch on a white marble tomb inscribed with the word “Mama.” Along with Eggleston’s Morals of Vision, also released this season, Flowers is a further chapter in Steidl’s publication of Eggleston’s artist’s books in new editions that honor the design and spirit of the originals, while exposing their contents to the wider public for the first time.