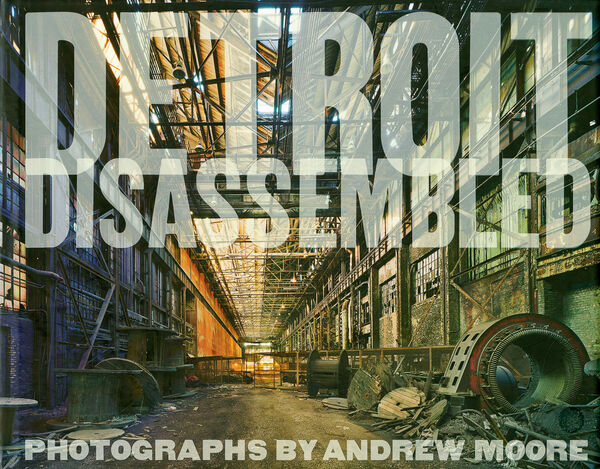 136 pages, 35.2 x 27.7 cm , 1526 g.
Andrew Moore | Damiani
Andrew Moore – Detroit Disassembled
Was €40.00 €15.00
Including VAT, plus Shipping
Transit time: 2 to 6 business days (worldwide)
Add to cart    Add to wishlist
"One could say that Detroit has become America’s version of an open city. It’s been left undefended against an onslaught of scrappers, vandals, and the forces of nature. It’s a city of hundreds, if not thousands, of empty homes, apartment buildings, factories, libraries, hospitals, schools, and churches. All are abandoned and most are unguarded, barely salvageable, and slated for demolition that gets delayed year after year" (Andrew Moore).

For Andrew Moore, the wonder of Detroit’s transformation is its demonstration of Nature’s power to devour and through destruction, to renew. His depiction of Detroit questions what the changing, precarious future of America holds. Recently celebrated with a show at Akron Art Museum, Andrew Moore is an internationally recognized fine artist working in color large format photography. He is professor of photography at Princeton University. He lives in New York.