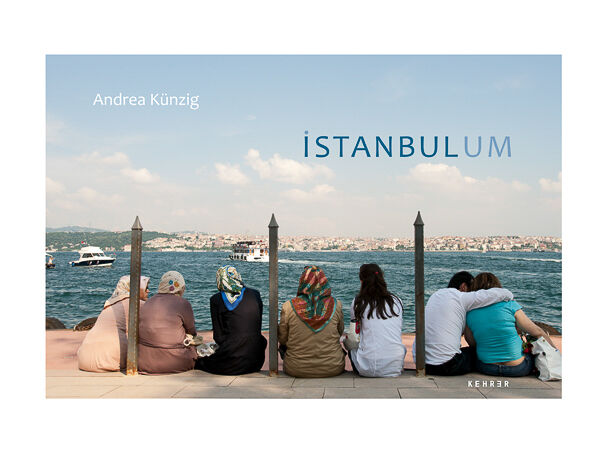 128 pages, 23 x 30 cm , 1058 g.
Andrea Künzig | Kehrer
Andrea Künzig – Istanbulum
Was €36.00 €9.95
Including VAT, plus Shipping
Transit time: 2 to 6 business days (worldwide)
Add to cart    Add to wishlist
The German photographer Andrea Künzig, who lives and works in Istanbul, allows us to accompany her on a very personal foray through this splendid city. "As for Istanbul, the city on the Bosporus, there is nothing like it anywhere in the world, extending as it does with all the inhabitants on its outskirts across two continents. Unlike other major cities of the world, such as New York, Istanbul can truly be equated with Turkey as a whole. Istanbul is a seismograph for what is happening in the rest of the country, holding up a mirror to the social and political changes taking place there. The city has an estimated population of 15 to 16 million, although its been a long time since the last census and more people settle in the Turkish metropolis every day. The increasingly complex mix of people and cultures brings with it plenty of sources of conflict. One mustnt forget that many of Istanbuls young people look toward Europe, but are unable to travel there. A visa is still hard to come by. Europe is geographically near, but at the same time far away, to some extent unreachable. The secular minority is anxious at the tiny signs of change here: for example, the planned restrictions on the sale of alcohol, or a recent opinion poll showing that over half of the people in Turkey are concerned about growing religious tendencies in society. In the project İSTANBULUM I concentrated on peoples everyday lives, exploring especially how the modern lifestyle coexists with traditional Islamic culture. In many cases, the photographs only call to mind on second glance other images that reveal a deeper meaning and which raise questions about politics and society." (Andrea Künzig)

Andrea Künzig (*1963) studied political science in Berlin and has been working as a freelance photographer since 1994. She undertakes documentary photo projects worldwide, focusing on political, social and humanitarian themes. Künzig has been making photographs for several years for aid organizations such as UNICEF and Terres des Femmes in Africa. Her pictures have been published in GEO, Der Spiegel, Die Zeit, National Geographic Traveler and TIME magazine, and have been presented in numerous exhibitions.