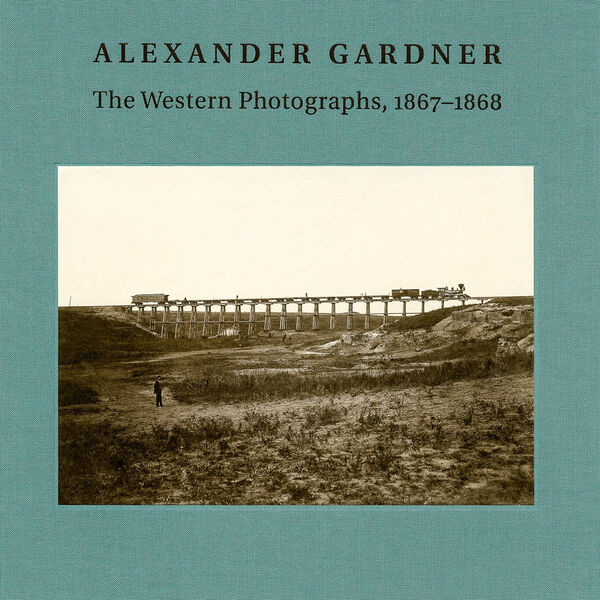 180 pages, 28.7 x 28.5 cm , 1678 g.
Alexander Gardner | Yale University Press
Alexander Gardner – The Western Photographs
1867–1868
Was €55.00 €29.80
Including VAT, plus Shipping
Transit time: 2 to 6 business days (worldwide)
Add to cart    Add to wishlist
A glimpse into the development of the American West through startling photographs of the frontier landscape and the rich culture of American Indian tribes

Best known for his Civil War photographs, Alexander Gardner (1821–1882) also created two extraordinary bodies of work depicting the transformation of the American West: Across the Continent on the Kansas Pacific Railway and Scenes in the Indian County. In 1867, after joining the survey team for what became the Kansas Pacific Railroad, Gardner photographed the path of the proposed extension, emphasizing the ease of future railroad construction and economic development, while including studies of American Indians and settlements along the way. The following year, Gardner recorded peace talks with Indian tribes at Fort Laramie, Wyoming. Distinctly sympathetic to the plight of the American Indian, Gardner made candid documentation of individual chiefs, their encampments and daily life, burial trees, and the peace proceedings themselves. With a full catalogue raisonné of these two rare series, Alexander Gardner offers a complete visual index of these remarkable photographs, made at a critical moment in the history of the American West.