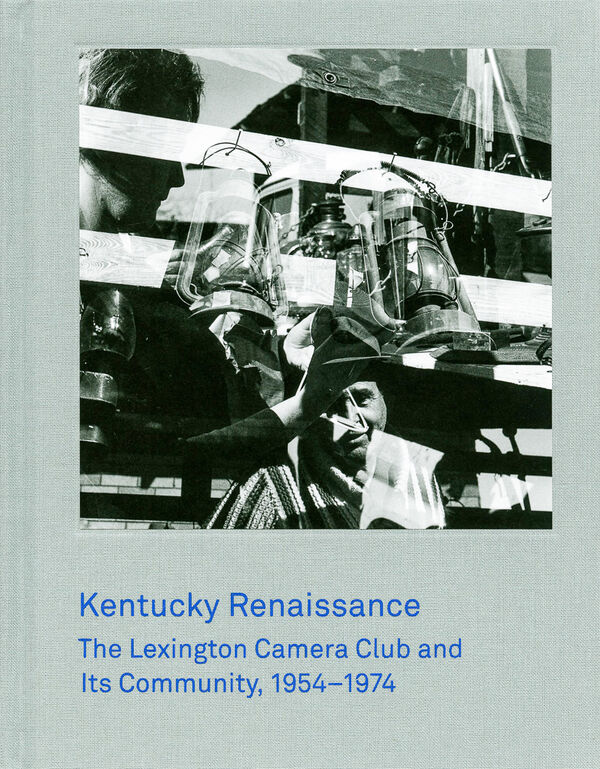 192 pages, 18.5 x 23.5 cm , 856 g.
Yale University Press
Kentucky Renaissance
The Lexington Camera Club and Its Community, 1954–1974
Was €38.00 €8.00
Including VAT, plus Shipping
Transit time: 2 to 6 business days (worldwide)
Add to cart    Add to wishlist
A groundbreaking study of the extraordinary photographers, writers, printmakers, and publishers who formed a flourishing modernist community in Kentucky

Dozens of American cities witnessed the founding of camera clubs in the first half of the 20th century, though few boasted as many accomplished artists as the one based in Lexington, Kentucky. This pioneering book provides the most absorbing account to date of the Lexington Camera Club, an under-studied group of artists whose ranks included Ralph Eugene Meatyard, Van Deren Coke, Robert C. May, James Baker Hall, and Cranston Ritchie. These and other members of the Lexington Camera Club explored the craft and expressive potential of photography. They captured Kentucky’s dramatic natural landscape and experimented widely with different techniques, including creating double and multiple exposures or shooting deliberately out-of-focus images.

In addition to compiling images by these photographers, this book examines their relationships with writers, publishers, and printmakers based in Kentucky at the time, such as Wendell Berry, Guy Davenport, Jonathan Greene, and Thomas Merton. Moreover, the publication seeks to highlight the unique contributions that the Lexington Camera Club made to 20th-century photography, thus broadening a narrative of modern art that has long focused on New York and Chicago. Featuring a wealth of new scholarship, this fascinating catalogue asserts the importance and artistic achievement of these often overlooked photographers and their circle.

Brian Sholis is curator of photography at the Cincinnati Art Museum. John Jeremiah Sullivan is a contributing writer to The New York Times Magazine, a contributing editor to Harper’s Magazine, and southern editor of The Paris Review.