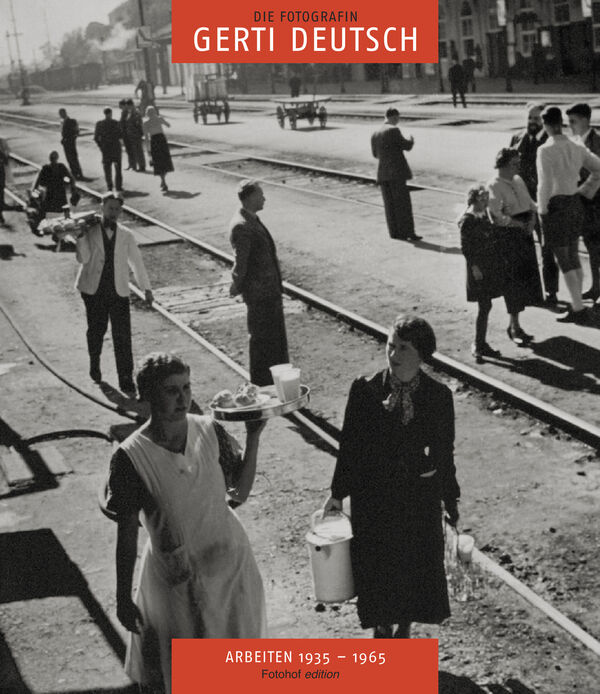 128 pages, 22 x 25 cm , 1241 g.
Gerti Deutsch | Fotohof
Gerti Deutsch – Photographs
€28.00
Including VAT, plus Shipping
Transit time: 2 to 6 business days (worldwide)
Add to cart    Add to wishlist
If the name Gerti Deutsch is not known to you, it is because you are too young to have read Picture Post. Her name regularly appeared in a byline t the most interesting photographic essays published here in the 1930s and 1940s. (Wolf Suschitzky, 2010)

The book of photographs for the first time provides an insight into the complete photographic work of Gerti Deutsch. It runs from artistic portraits dating from the 30s in Vienna, which she probably took during her course at the Graphische Lehr- und Versuchsanstalt, through her most creative period as a photojournalist, to moving pictures of post-war Vienna as well as projects for books in the 60s which were never realised.
Gerti Deutsch, born into a bourgeois Jewish family in Vienna, worked from 1938 on in exile in London as one of a small number of woman photographers for Picture Post, the leading picture magazine of the time to which, in the immediate post-war period, she also contributed features shot in her previous home town of Vienna. In the late 60s, after a stay in Italy, she returned for a lengthy period to Austria.
The texts were written by Wolf Suschitzky, one of Gerti Deutsch's contemporaries in exile in London and photographer and cameraman, her daughter Amanda Hopkinson, who is herself a distinguished photo historian, Sabine Coelsch-Foisner, Professor of English Literature and Cultural Theory and Kurt Kaindl, a specialist in photographic theory.