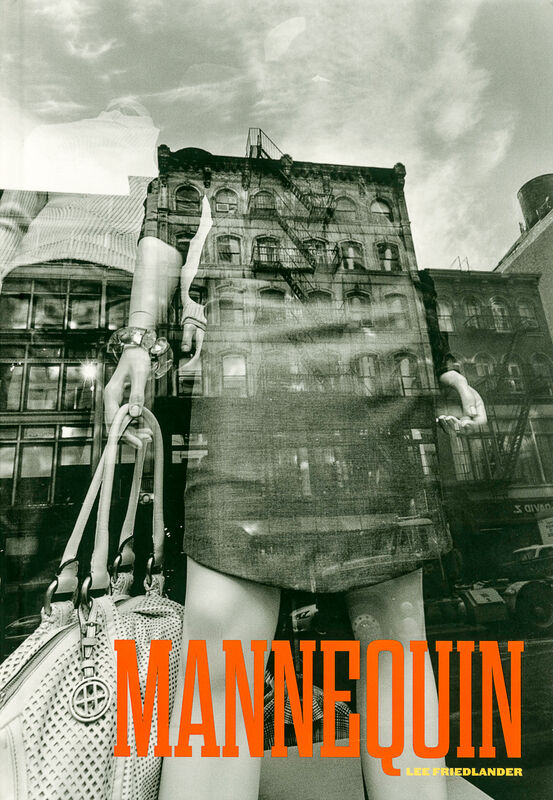 112 pages, 23.5 x 34 cm , 1182 g.
Lee Friedlander | Fraenkel Gallery
Lee Friedlander – Mannequin
€48.00
Including VAT, plus Shipping
Transit time: 2 to 6 business days (worldwide)
Add to cart    Add to wishlist
Lee Friedlander [b. 1934] is one of the rare artists in any medium to have sustained a body of influential work over five decades. To make the photographs in Mannequin, he returned to the hand-held, 35-mm camera that he used in the earliest decades of his career. Made over the past three years, Friedlander roamed the sidewalks of New York City, Los Angeles and San Francisco, focusing on storefront windows and reflections which speak to marketplace notions of sex, fashion and consumerism, while recalling Atget’s surreal photographs of Parisian windows made one-hundred years earlier. Thoroughly straightforward, their unsettling and radical new compositions suggest photographs that have been torn up and pasted back together again in near-random ways.

Friedlander first came to public attention in the landmark exhibition New Documents, at The Museum of Modern Art in 1967. The range of his work since then—including portraits, nudes, still lifes, and studies of people at work—is anchored in a uniquely vivid and far-reaching vision of the American scene. Lee Friedlander began photographing in 1948. More than forty books about his work have been published since the early 1970s, including Self-Portrait, Sticks and Stones, Cherry Blossom Time in Japan, Family, America by Car, People at Work, and The New Cars 1964. His career was the focus of a major traveling retrospective organized by The Museum of Modern Art, NY, in 2005. Extensive holdings of his work can be found in the collections of The Museum of Modern Art, The Metropolitan Museum of Art, the San Francisco Museum of Modern Art, and the National Gallery of Art, among many others.