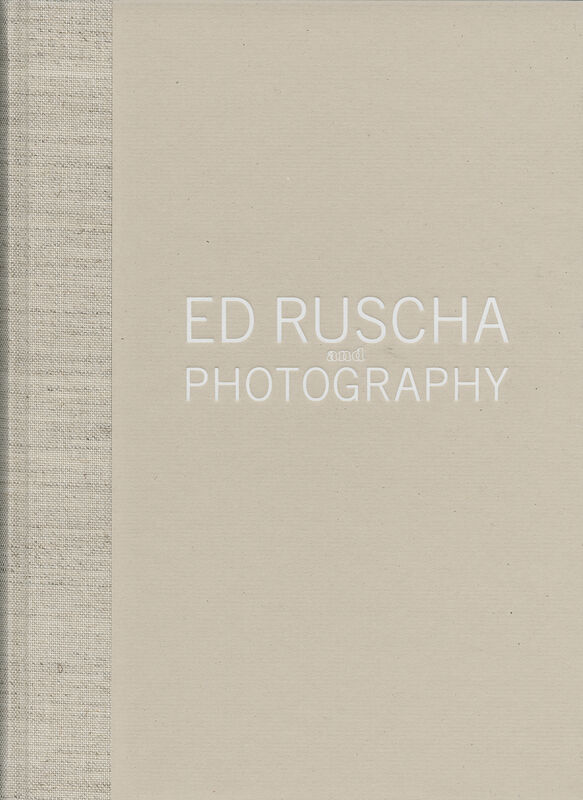 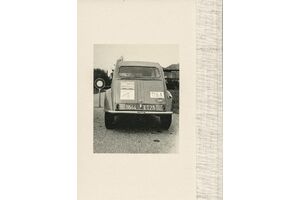 Ed Ruscha | Steidl
Ed Ruscha and Photography
€58.00
Including VAT, plus Shipping
Transit time: 2 to 6 business days (worldwide)
Add to cart    Add to wishlist
Since the beginning of Ed Ruscha's career in the late 1950s, photography has been both an inspiration and a source of discovery. This volume thoroughly traces Ruscha's engagement with photography and reveals how his photographic works shed new light on his career as a whole. In preparing this volume and the related exhibition, the artist has worked closely with Whitney Museum curator Sylvia Wolf to share his artistic process and reveal the importance of photography to his art in other mediums. Wolf remarks, "Ed Ruscha's books are among the most original achievements in the art of the 1960s and 1970s, and are the photographic works he is most known for. There have, however, been pictures tucked away in boxes in his studio and photographs that are unpublished or rarely seen, which shed light on Ruscha's career as a whole." This volume considers all facets of Ruscha's photographic production, selecting from the Whitney Museum's exceptional recent acquisition of a major body of the artist's original photographic works and unique early pieces.

Included are reproductions of original prints from Ruscha's photographic books Twenty-six Gasoline Stations, Various Small Fires and Milk, Some Los Angeles Apartments, Thirty-Four Parking Lots in Los Angeles, Royal Road Test, Babycakes with Weights, and Real Estate Opportunities, as well as several photographs Ruscha never published, in particular 16 images from Twentysix Gasoline Stations not included in the book. Unique vintage photographs from a seven-month tour of Europe in 1961 are featured; photographs from Austria, England, France, Greece, Italy, Spain, and Yugoslavia feature many motifs and stylistic elements that have marked Ruscha's work over the past 40 years, in particular his interest in typography and signage, and his strong graphic sensibility.