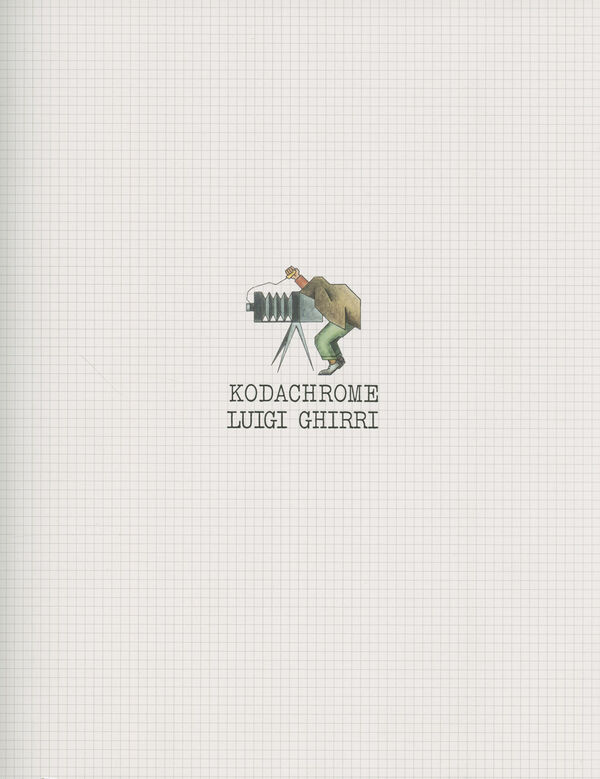 104 pages, 20.2 x 27 cm , 550 g.
Luigi Ghirri | MACK Books
Luigi Ghirri – Kodachrome
€30.00
Including VAT, plus Shipping
Transit time: 2 to 6 business days (worldwide)
Add to cart    Add to wishlist
In 1978 Luigi Ghirri self-published his first book, an avant-garde manifesto for the medium of photography and a landmark in his own remarkable oeuvre. Kodachrome has long been out of print and on the 20th anniversary of Ghirri’s death, the second edition was published.

Part amateur photo-album, Ghirri presents his surroundings in tightly cropped images, making photographs of photographs and recording the Italian landscape through it’s adverts, postcards, potted plants, walls, windows, and people. His work is deadpan, reflecting a dry wit, and is a continuous engagement with the subject of reality and of landscape as a snapshot of our interaction with the world.

This new edition of Kodachrome is published as a facsimile of the original, adopting the original design, text layout and image sequence, but using new image files scanned from Ghirri’s original film to take advantage of modern technology and printing methods. A small booklet is included with an essay by Francesco Zanot, which offers a contemporary perspective on the historical impact of Kodachrome, alongside French and German translations of the original texts from the book (which were published in English and Italian).

Born in Scandiano in 1943, Luigi Ghirri spent his working life in the Emilia Romagna region, where he produced one of the most open and layered bodies of work in the history of photography. He was published and exhibited extensively both in Italy and internationally and was at the height of his career at the time of his death in 1992.

Photography critic and curator Francesco Zanot has been working with some of the most renowned European and international photographers, including Alec Soth and Olivo Barbieri, for over 10 years. He has participated in multiple conferences and seminars on photography in different institutions such as Columbia University in New York and the American Academy in Rome. He is associate editor of Fantom, photographic quarterly magazine based in Milan and New York.