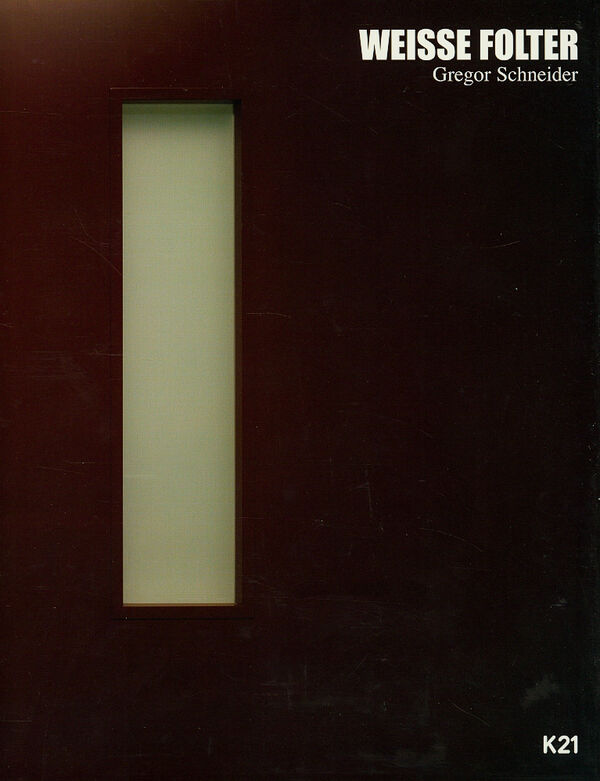 The catalog documents a new complex of works by the artist. A series of constructed, accessible rooms is inserted in the existing architecture of the museum: long corridors and narrow cells which remind one equally of intensive-care units and solitary confinement, of protection and prison. Individual rooms evoke ideas about prison cells, interrogation rooms, waiting zones and surveilled exercised yards. The artistic strategy of doubling which runs through Gregor Schneider's oeuvre is employed here.

The starting-point for this publication were images that were circulating around the internet of the high-security US prison, Camp V, in Guantánamo Bay on Cuba which, like a no man's land, tries to escape public scrutiny.