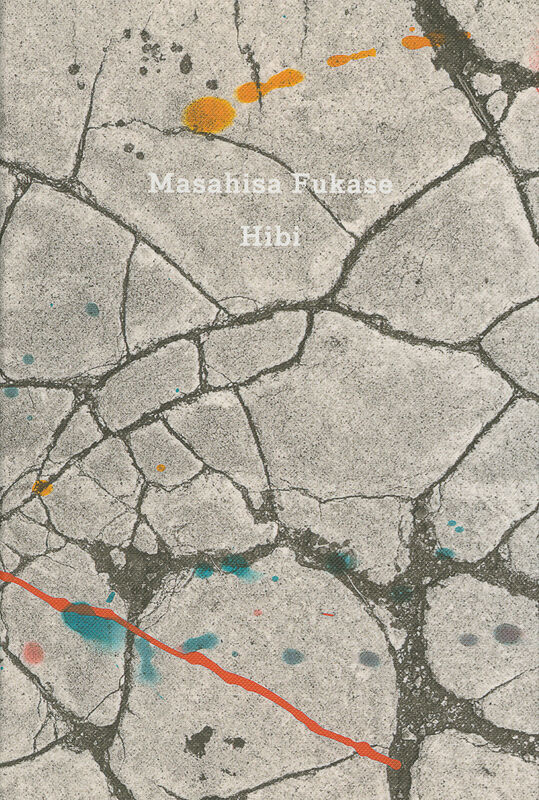 240 pages, 16 x 26 cm , 592 g.
Masahisa Fukase | MACK Books
Masahisa Fukase – Hibi
€50.00
Including VAT, plus Shipping
Transit time: 2 to 6 business days (worldwide)
Add to cart    Add to wishlist
'Hibi' literally comprises a series of street photographs by renowned Japanese photographer Masahisa Fukase. Each of the black and white images painstakingly attend to the road’s surface – the worn road-markings, the fading lines and arrows eroded by the city’s innumerable inhabitants, a web of fissures in the asphalt. In 1992, Fukase printed and painted the works for a solo exhibition, 'Private Scenes ‘92', held at Nikon Salon in Tokyo. He overlaid a set of bromide prints with fluid drawings in brightly coloured inks and on every image the physical presence of the artist is traced, a shadow-presence which seems to offer a reading, an interpretation but one that can never be fully resolved.

Masahisa Fukase was born in the town of Bifuka in Nakagawa District, Hokkaido, in 1934. He graduated from the Nihon University College of Art’s Photography Department in 1956. Fukase became a freelance photographer in 1968 after working at the Nippon Design Center and Kawade Shobo Shinsha Publishers.

His major collections include Yugi (English: Homo Ludence) (Chuokoronsha, 1971), Yoko (Asahi Sonorama, 1978), and Karasu (English: Ravens) (Sokyusha, 1986). His major group exhibitions include “New Japanese Photography” (New York MoMA, 1974), “Black Sun: The Eyes of Four” (Oxford Museum of Modern Art, 1985), “By Night” (Fondation Cartier pour l’Art Contemporain, 1996), and “OUT OF JAPAN” (Victoria and Albert Museum, 2002). Fukase has also held countless other solo exhibitions. He is also the winner of prizes such as the 2nd Ina Nobuo Award in 1976 for his exhibition “Karasu” as well as the Special Award at the 8th Higashikawa Photography Awards in 1992. Fukase tragically fell down a set of stairs in 1992 and suffered a traumatic brain injury from which he never recovered; he passed away in 2012.