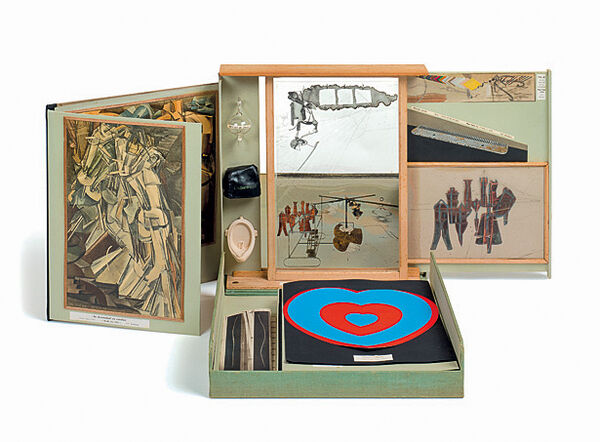 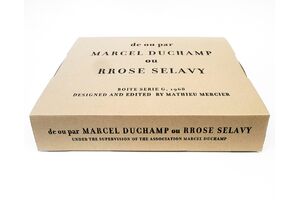 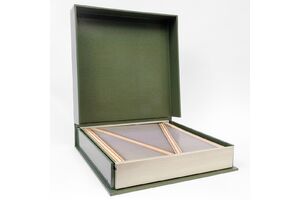 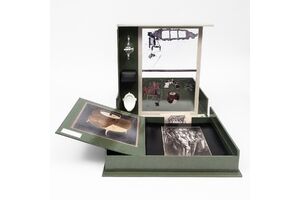 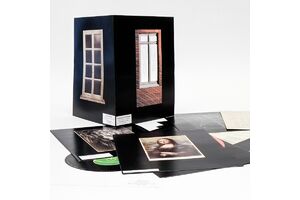 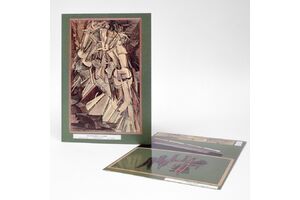 Marcel Duchamp | Walther König
Marcel Duchamp – Museum in a Box
1935-1968
€198.00
Including VAT, plus Shipping
Transit time: 2 to 6 business days (worldwide)
Add to cart    Add to wishlist
One of the most important and momentous, but at the same time also one of the most enigmatic, pieces of modernist art is the famous Box in a Valise by Marcel Duchamp (1887-1968), which he put together between 1935 and 1941. It contains the sum of his artistic work. Perhaps in premonition of the coming war, and over years without a fixed address, he reproduced his work in a format that enabled him to easily transport his 'complete works' at any time.

After he announced the end of his artistic activity he would have been tempted to record his work with the box, without creating anything new. The edition is based on an idea by Mathieu Mercier. The design and construction is being approved by the estate of Marcel Duchamp, with the desire of making 'The Museum in the Box' accessible to everyone. The facsimile of the "portable oeuvre catalogue" complies with the artist's working methods. Duchamp carried out the preparation of the appropriate templates himself, handing over the production of the 80 miniatures to workshops or specialists.

“Duchamp summed up his life's work in a small, solid suitcase with diverse, ingenious folding devices. It contains a reproduction of The Large Glass on Plexiglas, colour reproductions of his pictures, reproductions of his drawings and a selection of his humorous texts, a glass vial of Parisian air, a urinal, a small sugar dispenser, 'canned chance and other things.“ H.P. Roché