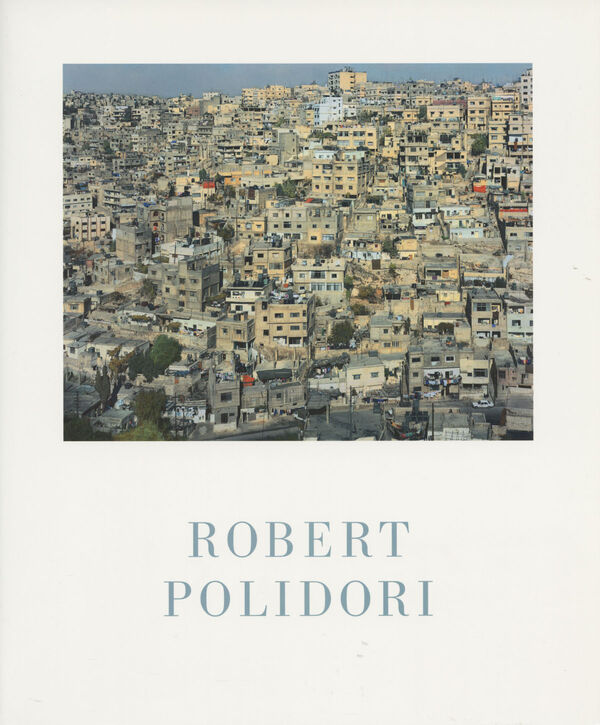 190 pages, 25 x 30 cm , 1292 g.
Robert Polidori | Steidl
Robert Polidori
€120.00
Including VAT, plus Shipping
Transit time: 2 to 6 business days (worldwide)
Add to cart    Add to wishlist
Robert Polidori is one of the world's most acclaimed photographers of human habitats and environments. His career began in the mid 1980s when he won permission to document the restoration of the Château de Versailles, beginning a love affair with the palace that has continued to this day. He has since documented sites across the world and is currently a staff photographer for The New Yorker. He was commissioned by the magazine to photograph New Orleans in the wake of Hurricane Katrina in 2006, and many of these images were subsequently exhibited at the Metropolitan Museum of Art, New York.

Robert Polidori's first love was avant-garde film. He learnt much while working as assistant to Jonas Mekas at the Anthology Film Archives in New York, and that experience vitally shaped his approach to photography. He prefers the qualities of beauty, stillness and contemplation that come from working with a large format camera and employing slow shutter speeds. One of his first projects involved taking pictures of apartments in New York's Lower East Side, shortly after their tenants had died. Sometimes they are social, historical, even ecological: He has captured the dusty grandeur of Castro's Havana (Havana, Steidl, 2001), the legacy of war in Beirut, and the devastation both inside the Chernobyl nuclear plant and in the nearby town of Pripyet (Zones of Exclusion, Steidl, 2003).

This volume presents various different photos, introduced by an informative texts about the exceptional photographer's work.