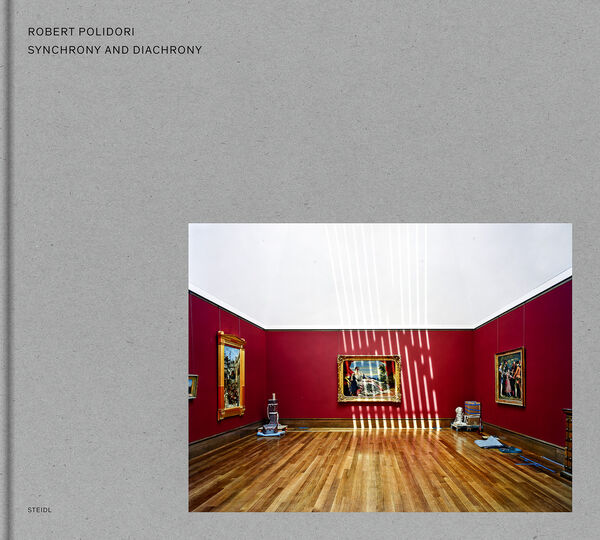 60 pages, 29.7 x 26.7 cm , 780 g.
Robert Polidori | Steidl
Robert Polidori – Synchrony an Diachrony
Photographs of the J. P. Getty Museum 1997
Was €38.00 €15.00
Including VAT, plus Shipping
Transit time: 2 to 6 business days (worldwide)
Add to cart    Add to wishlist
This book presents 35 photos of the Getty Center taken shortly before the 1997 opening of its new multipurpose complex designed by Richard Maier. Published to coincide with the twentieth anniversary of the center, the book reveals behind-the-scenes views of the building as objects from J. Paul Getty’s painting, sculpture and decorative arts collections were being installed inside it.

In September 1997 The New Yorker commissioned Robert Polidori to photograph Maier’s building. Within 48 hours he had made images of its exterior but remembers being unsatisfied: “The building looks great, but it could house anything really—a hospital, a university, or even some corporate headquarters.” Polidori wanted to document the museum’s interior, to capture what he calls “some sort of museological typology,” and proceeded to photograph the rooms in which artworks were either freshly installed or still being so—sculptures under plastic sheets, golden candelabras resting on foam cushions, cardboard boxes containing unseen treasures. The resulting photos show the museum in the process of taking shape, expose the mechanics of curatorship, and reveal, in Polidori’s words, a paradox: “The more a room may be filled with the helter-skelter of objects to be arranged, the more naked and raw the possibilities and intent of their placement become apparent.”