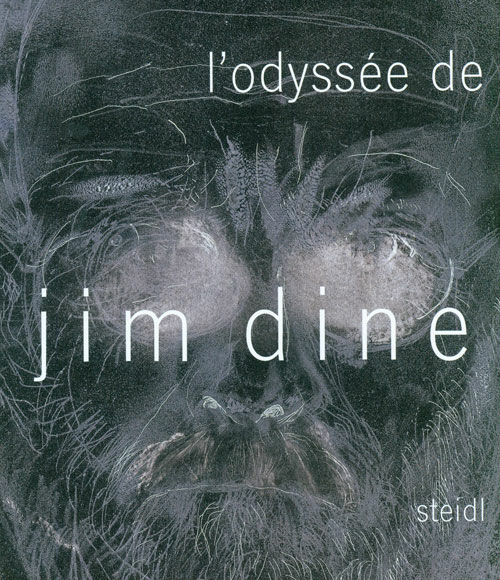 192 pages, 29.7 x 31.3 cm
Jim Dine | Steidl
L'odyssée de Jim Dine
Was €60.00 €20.00
Including VAT, plus Shipping
Transit time: 2 to 6 business days (worldwide)
Add to cart    Add to wishlist
Jim Dine (born 1935), among whose earliest major successes were late 1950s Happenings (on which he worked with Claes Oldenburg and John Cage, among others), has been associated with Pop, Neo-Dada and other mischievous movements of his era, and has survived them all. His visual work in mixed-media assemblages, to which he attached emotion-tugging souvenirs including clothing, shoes, rope and tools, led into what has become a remarkable, continually evolving corpus of paintings, sculpture, photographs, and, increasingly importantly, prints.

Working not just from his own studios in Vermont, New York and London, but with production houses in Los Angeles, Vienna, Rome and Paris to name but a few, he has been creating editions that push the limits of their media in size and scope, full of persistent icons and themes, lately more often from nature than around the house. Owls, hands, trees, apes and ravens have taken their places alongside his hearts and palettes and bathrobes.

This important survey brings together more than 200 works covering a fertile 20-year period in the thick of Dine's printmaking, and during a time when printmaking has been in the thick of his artistic practice. It includes original etchings, lithographs, woodcuts and limited edition artists' books, and several particularly important series, such as the 12 large woodcuts, Winter Dream (for V.), 55 Portraits and his latest lithographs, which reflect an ongoing obsession with Pinocchio.