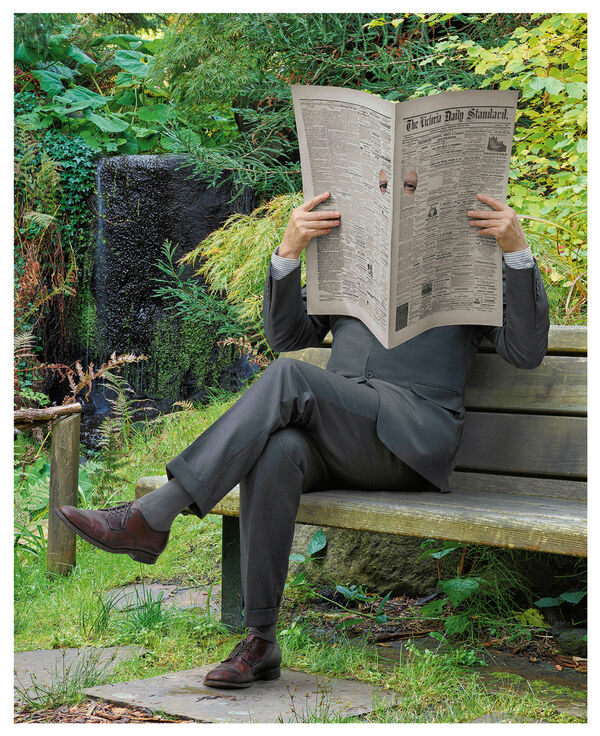 Since the 1970s, he has been working on a rhizome-like, conceptual oeuvre that has never shied away from new jumps in time or genre. His work combines film, photography, installation, performance, painting, literature, and music. Graham, who, along with artists such as Jeff Wall or Stan Douglas, belongs to the »Vancouver School«, appropriates styles, trends, and discourses from the era of romanticism through to post-modernity, commenting or expanding on them or rethinking them with an understated irony.

This book, designed in close co-operation with the artist, accompanies the exhibition at Museum Frieder Burda. It presents Graham's 36 photo light boxes from 2000 to the present, among them key works like the Newspaper Man. The central focus is on the manifold ways in which Graham has staged himself. He always gives the impression of a melancholy time traveler, a modern-day Buster Keaton, negotiating the trials and tribulations of modern culture in various guises and in doing so, slipping into the role of producer, observer or mediator.