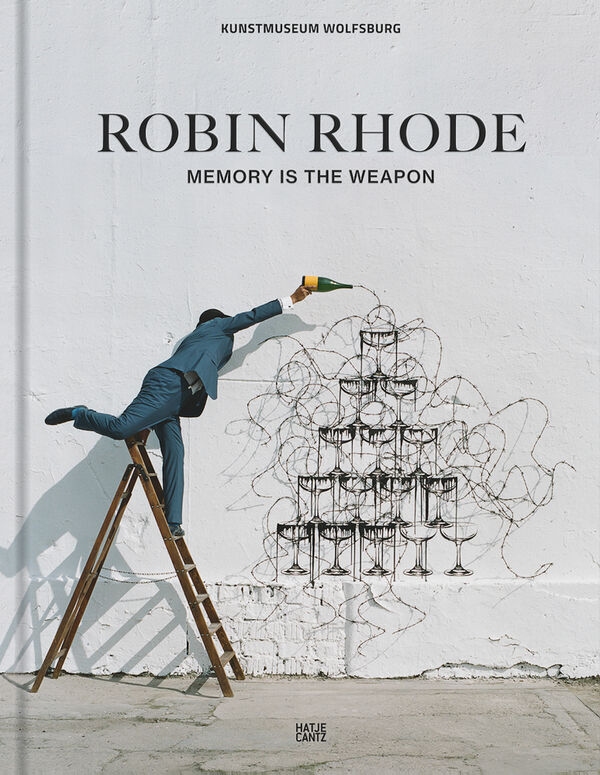 They are created in the public space, on walls. It’s not about the statement that he leaves behind on the street, though—it’s about the process. Hence, in his visual short stories he captures the links between drawing, performance, and sculpture, step by step. No body without a line, no line without a body. With drawing as his starting point, he develops increasingly complex photographic works, digital animations, performances, sculptures, and works on paper, which comprise a content-related balancing act between South African history, culture, mindset, signs, and codes and the abstract language of European-American art history.

This richly illustrated catalogue accompanies Rhode’s first solo show in twelve years in Germany. Besides pictures of the art itself, the book also contains an interview, an introductory essay, and poems by South African authors, to which his work often refers.