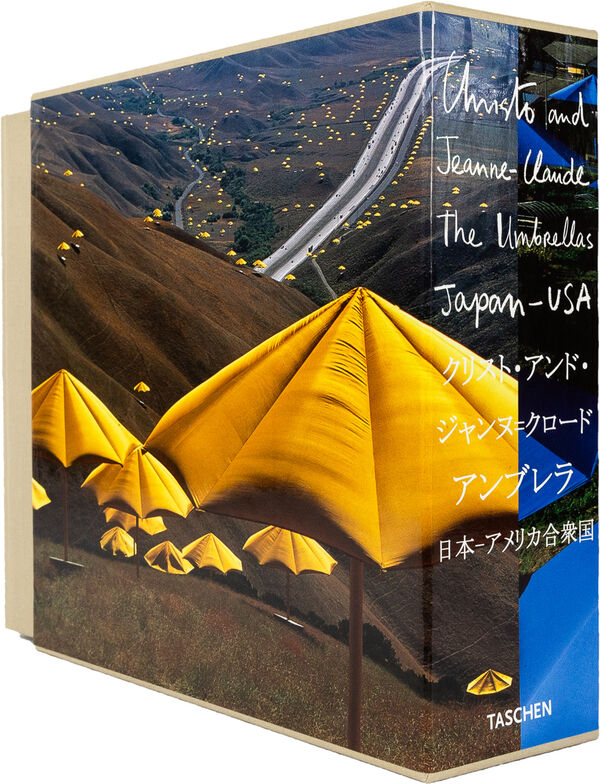 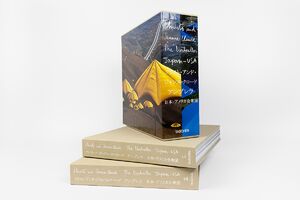 The first and only of Christo and Jeanne-Claude’s projects to span two continents simultaneously, and one of their most spectacular and memorable creations: 1,340 six-meter-tall blue umbrellas were assembled and erected in Ibaraki, Japan, and 1,760 yellow umbrellas in California, USA. After months of grueling process, the two countries united as the forest of umbrellas were opened simultaneously on both continents. The blue symbolized the plenitude of water in the Japanese terrain, and the yellow represented the heat of the American valley. For Christo the umbrellas were “freestanding, dynamic modules... which reflected the availability of the land in each valley, creating an invitational, inner space.”

Christo and Jeanne-Claude’s project The Umbrellas, Japan–USA, 1984–1991 was the most ambitious and expensive project they have ever undertaken. This comprehensive project book documents the art work from conception to completion:
– Many preparatory drawings and collages created by Christo before the completion
– Original documents of the permits negotiations with representatives of government agencies, 17 in Japan and 27 in the USA, the 459 rice farmers in Ibaraki and 26 ranchers in California
– The engineering process of the umbrella superstructure, through manufacturing, and the installation of The Umbrellas
– Entries from Christo and Jeanne-Claude’s diary
– The book includes two 24 x 24 cm samples of the original fabric used for the blue and yellow umbrellas
– The book is entirely designed by Christo

The umbrellas were removed after two weeks, but the memories of this unrepeatable and transient endeavor have been collected in this official book of documentation. Thousands of photographs, plans, sketches, notes and a retrospective text provide the core source material, covering every stage of the project from inception to aftermath. A very special edition indeed.