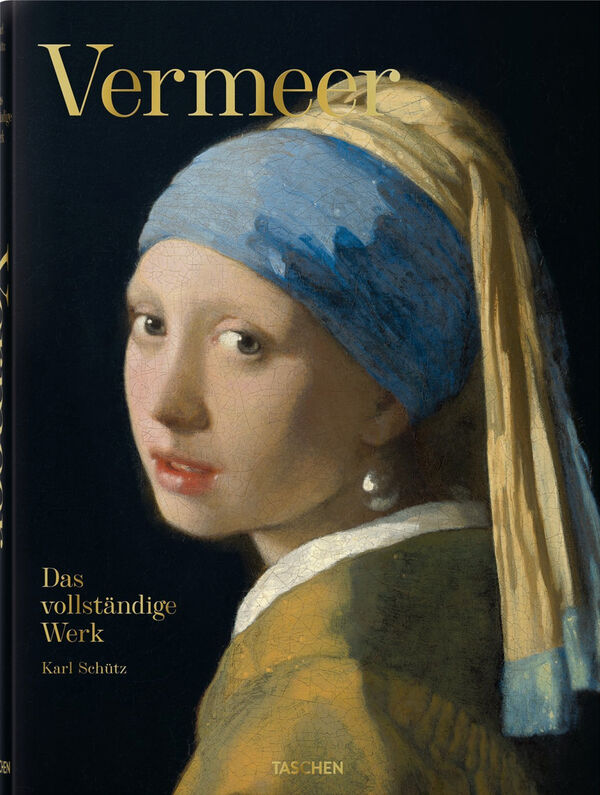 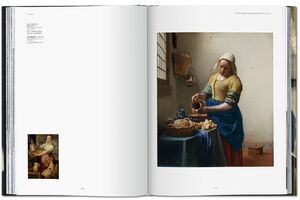 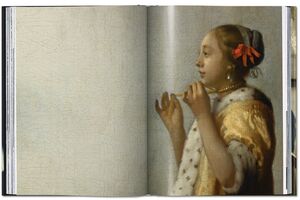 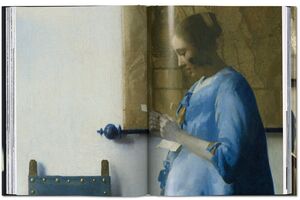 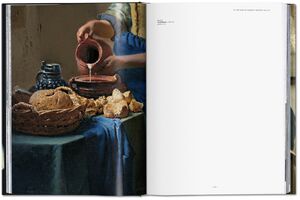 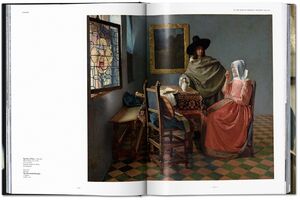 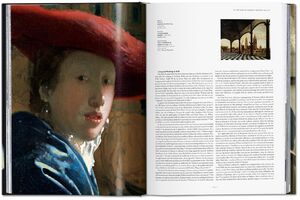 Jan Vermeer | TASCHEN
Vermeer – Das vollständige Werk (XL)
€50.00
Including VAT, plus Shipping
Transit time: 2 to 6 business days (worldwide)
Add to cart    Add to wishlist
Infallible Eye
The astonishing oeuvre of Johannes Vermeer
His works have prompted a New York Times bestseller; a film starring Scarlett Johansson and Colin Firth; record visitor numbers at art institutions from Amsterdam to Washington, DC; and special crowd-control measures at the Mauritshuis, The Hague, where thousands flock to catch a glimpse of the enigmatic and enchanting Girl with a Pearl Earring, also known as the “Dutch Mona Lisa”.

In his lifetime, however, the fame of Johannes Vermeer (1632–1675) barely extended beyond his native Delft and a small circle of patrons. After his death, his name was largely forgotten, except by a few Dutch art collectors and dealers. Outside of Holland, his works were even misattributed to other artists. It was not until the mid-19th century that Vermeer came to the attention of the international art world, which suddenly looked upon his narrative minutiae, meticulous textural details, and majestic planes of light, spotted a genius, and never looked back.

This edition features the complete catalog of Vermeer’s work, presenting the calm yet compelling scenes so treasured in galleries across Europe and the United States in one monograph of utmost reproduction quality. Crisp details and essays tracing Vermeer’s career illuminate his remarkable ability not only to bear witness to the trends and trimmings of the Dutch Golden Age but also to encapsulate an entire story in just one transient gesture, expression, or look.