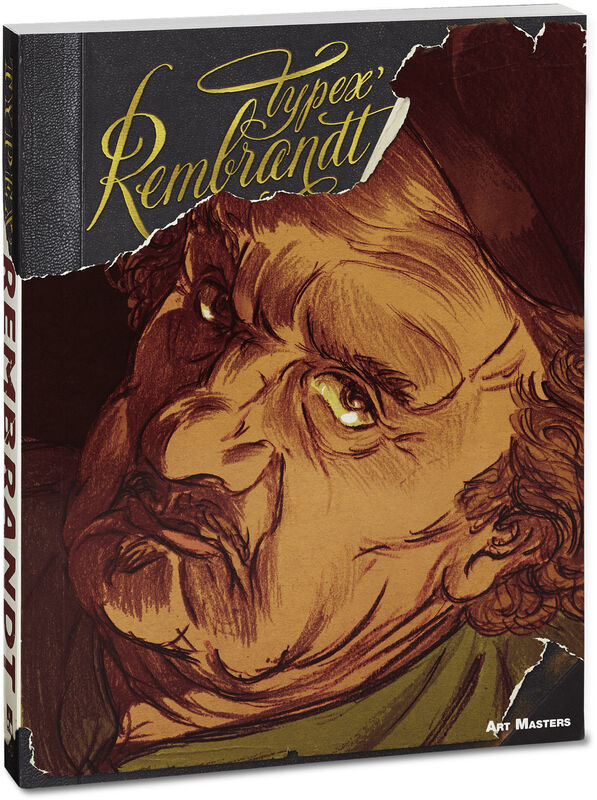 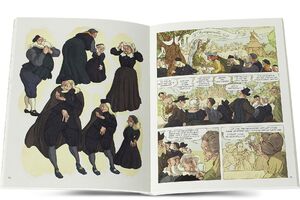 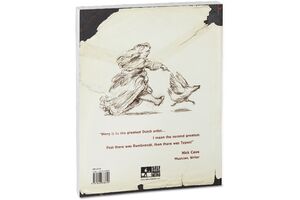 Rembrandt | SelfMadeHero
Typex' Rembrandt
Graphic Novel
Was €28.00 €9.95
Including VAT, plus Shipping
Transit time: 2 to 6 business days (worldwide)
Add to cart    Add to wishlist
Unique Comic Book! Rembrandt as you have never seen him before in an absolute masterpiece by the Dutch illustrator and cartoonist Typex. For three years Typex lived with Rembrandt, obsessively, day after day, from dawn until deep into the night.

The result is a visually overwhelming graphic novel, in which Typex brings 'his' genius Rembrandt to life: petulant, vain, arrogant, crass, touchy, but also endearing, disarming and sometimes pathetic. This award-winning book is a virtuoso masterpiece to take up again and again.

»A graphic biography of the Dutch master«

Rembrandt van Rijn (1606–1669) is a towering figure in European art history: a virtuoso painter, draftsman, and etcher whose enduring influence can be seen in the work of artists from J. M. W. Turner to Francis Bacon and beyond. A prolific self-portraitist, Rembrandt is a deeply familiar figure—and yet little is known of his life and character.

In this first graphic biography of the Dutch master, Typex pieces together the facts that are known about Rembrandt’s life to weave a captivating story about a miller’s son who, after a brief spell of fame, suffered the fate of so many artists: financial ruin. It is a story about life and death, love and bereavement, success and loss.

Commissioned by Amsterdam’s Rijksmuseum, home of the world’s largest and most important Rembrandt collection, this landmark graphic biography brings to life a complex and contradictory character—a vain man who celebrated human imperfection, and an arrogant genius who painted with extraordinary empathy.