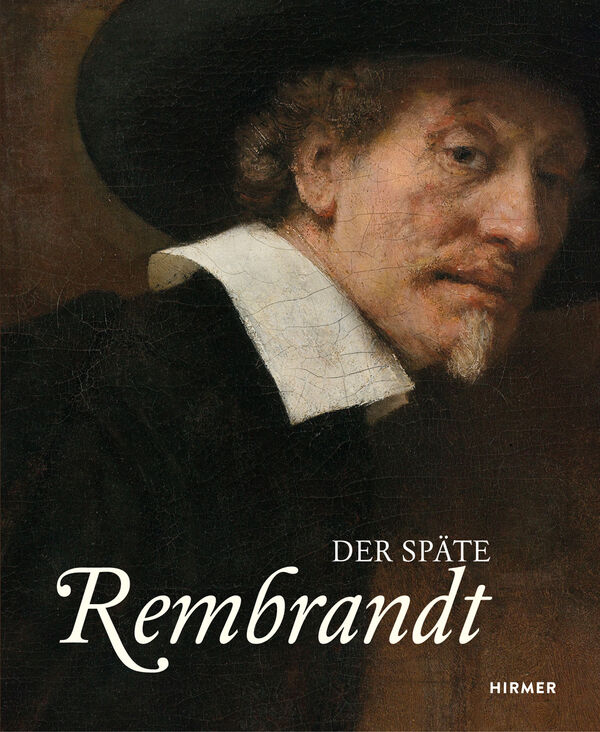 304 pages, 23 x 28 cm , 1765 g.
Rembrandt | Hirmer
Der späte Rembrandt
Was €45.00 €19.95
Including VAT, plus Shipping
Transit time: 2 to 6 business days (worldwide)
Add to cart    Add to wishlist
From the mid-1650s until his death at age sixty-three, Rembrandt van Rijn (1606-1669) generated a remarkable body of work as he searched for a new, painterly, and expressive style. His later works demonstrate his mastery, skillfulness, and exceptional ability to render the effects of light, and they have since defined his image as an artist.

Rembrandt gleaned inspiration from his direct study of nature, exalting the humble, the mundane, and even the ugly, particularly in his self-portraits and works based on his everyday surroundings. His intimate pictures of figures from history, often portrayed in austere or introspective attitudes, are created with extraordinary sensitivity.

This handsome volume includes superb reproductions of some of Rembrandt's most recognizable paintings, alongside etchings and drawings in various media that demonstrate his mastery of the graphic medium. Through a series of thematic essays, the authors draw on new research to examine Rembrandt's iconographic, stylistic, and technical innovations and underscore how his work in one medium influenced his work in others.

This captivating book is the first to focus exclusively on the paintings, drawings, and prints that Rembrandt produced during the final, most creative phase of his career.