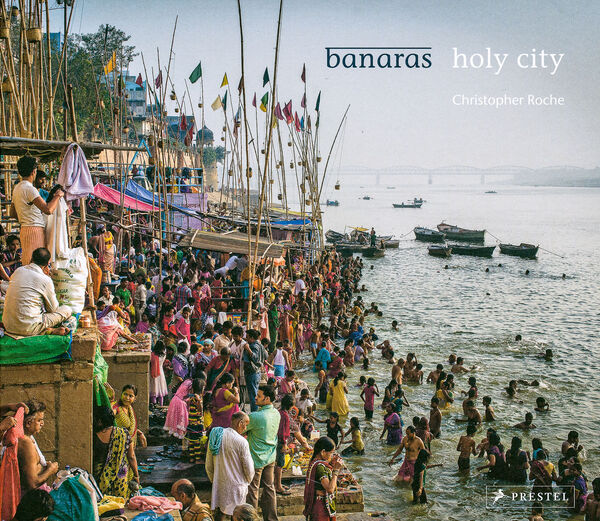 160 pages, 31 x 26.5 cm , 1373 g.
Christopher Roche | Prestel
Christopher Roche – Banaras. Holy City
Was €58.00 €20.00
Including VAT, plus Shipping
Transit time: 2 to 6 business days (worldwide)
Add to cart    Add to wishlist
The acclaimed photographer Christopher Roche offers a stunning panoramic portrait of Banaras, the spiritual capital of India. Banaras, or "Varanasi" in Hindi, is a Northern Indian city on the banks of the Ganges in Uttar Pradesh.

One of the oldest continuously inhabited cities in the world, it is also one of the holiest in Hindu, Jain, and Buddhist cultures. In this large-format book, the landscape and spiritualism of this beautiful city come to life through the lens of award-winning photographer Christopher Roche. Spending two years covering the city’s daily events, Roche turned his lens toward its holy men, temples, shrines, and religious ceremonies. He depicts the ubiquitous lingams and yonis, as well as the city’s fabled burning Ghats—a series of long, wide steps leading to the Ganges.

Rarely photographed due to cultural restrictions, Banaras teems with life, color, and emotion. In his large, brilliantly hued images, Roche manages to capture the throbbing vitality of this important city as no one ever has before.