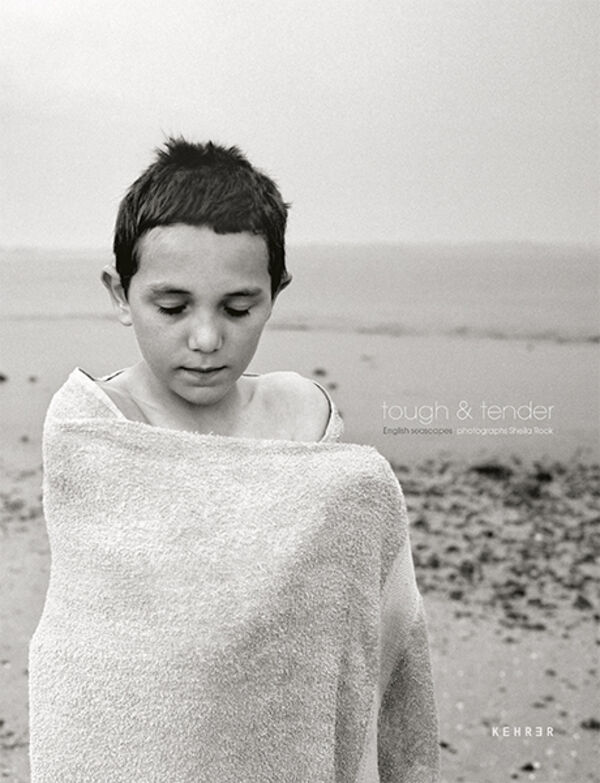 128 pages, 20 x 26 cm , 784 g.
Sheila Rock | Kehrer
Sheila Rock – Tough & Tender
English Seascapes
Was €34.90 €9.90
Including VAT, plus Shipping
Transit time: 2 to 6 business days (worldwide)
Add to cart    Add to wishlist
No matter where you are in England, you are no more than a few hundred miles from the sea. There is an unexplained attraction to the edges of the land. England is an island nation and the sea has a mysterious power on the psyche. The sea is expansive and allows the mind to be free and the imagination to slip off to far away places. An island is, however, confined. This juxtaposition encourages an interesting mix of people. English summertime is short; not always sunny. Seaside towns are full of the old grandeur of long ago. They are fragile places; joy is tinged with the sadness of the passage of time.

Sheila Rock’s photographs and portraits express a great deal about the uniqueness of the English. They have resolution of spirit and strength. They have courage to sunbathe on rocky coasts, laugh in the pouring rain and stand in the mud when the skies are forever grey. Tough & Tender together.

Sheila Rock was born in the USA and educated at Boston University and the London Film School. She has lived and worked in London since 1970. Her work has appeared in numerous magazines, including Time Magazine, Elle, Glamour, Rolling Stone, Architectural Digest, and the Sunday Times, and is in public and private collections.