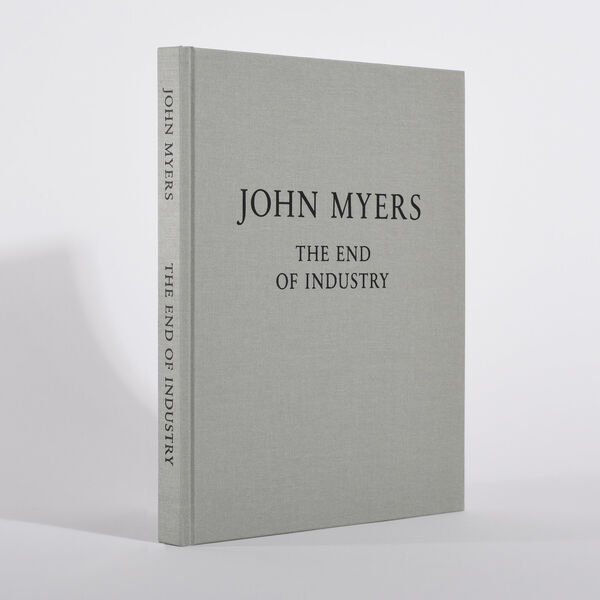 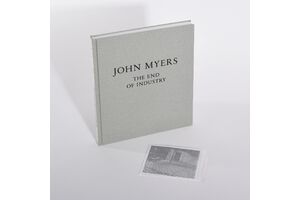 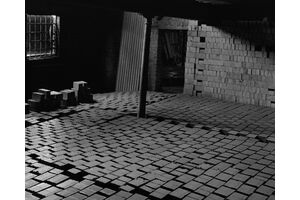 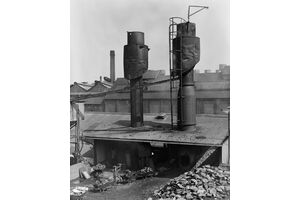 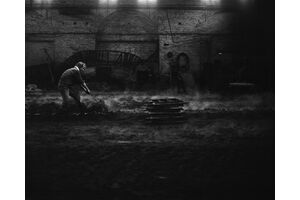 John Myers | RRB Photobooks
John Myers – The End of Industry | special ed. #37
Book + Print (both signed) + Print
€580.00
Including VAT, plus Shipping
Transit time: 2 to 6 business days (worldwide)
Add to cart    Add to wishlist
The End of Industry is available in a signed and numbered edition of 450 copies. Each book is accompanied by a 5x4” signed and dated silver-gelatin print of ‘Bricks Drying, William Mobberly Brickworks, Kingswinford, 1983’.

These photographs were taken between 1981 and 1988 in ‘The Black Country’ a part of England that was famous for making things from metal.

Changes occurred in the early 1980s that hit metal manufacturing particularly hard. A record number of bankruptcies resulted in high levels of unemployment. Factories either closed completely or realigned their business model to warehousing and retailing components that had been manufactured overseas. Foundries, forges and steelworks - not easily transformed into industrial units or office space - quickly morphed into housing estates, enterprise zones or retail parks.

The change was rapid and irreversible. A landscape that had been formed by the Industrial Revolution disappeared.

I can’t remember why I took the photographs initially. Clearly the distress, upheaval and economic chaos of the early 1980s was sufficient in itself - but it has only been recently that I have begun to realise that in their modest and incomplete way these photographs capture one of the major changes to British landscape and society in the last half of the twentieth century: the end of manufacturing and the emergence of the world of warehousing, logistics, retailing and tarmac.