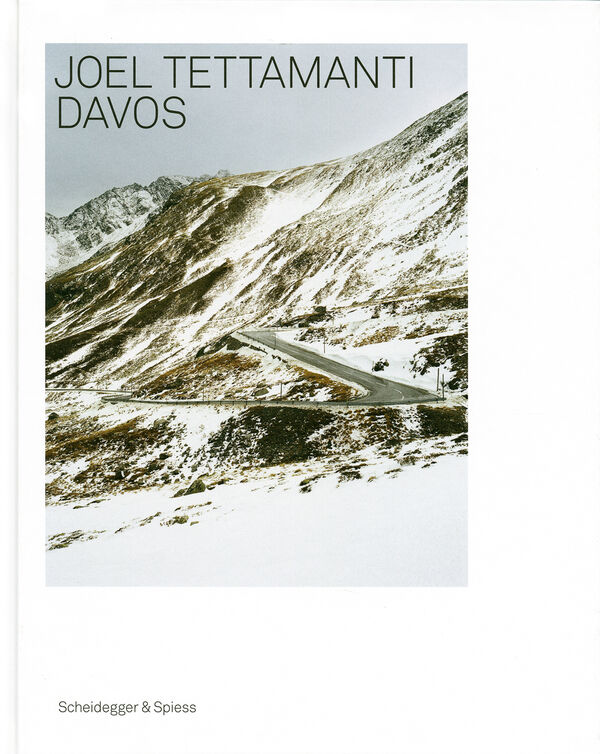 136 pages, 23.3 x 29.1 cm , 1000 g.
Joël Tettamanti | Scheidegger & Spiess
Joël Tettamanti – Davos
Was €68.00 €12.95
Including VAT, plus Shipping
Transit time: 2 to 6 business days (worldwide)
Add to cart    Add to wishlist
Joël Tettamanti is one of Switzerland's most celebrated young photographers. His work has been shown in solo and group exhibitions at the Van Alen Institute (New York), the Leonard Street Gallery (London), the Biennale Internationale de la Photographie (Liege), the Centre Culturel Suisse (Paris), the Kunsthaus Zurich (Zurich), the Fotostiftung Schweiz (Winterthur), and has been published by magazines such as 'Wallpaper', 'Vogue', 'Icon' and 'Domus'.

Tettamanti is renowned for his images of deserted landscapes in which mankind has left its traces, a mixture of cool study and carefully composed, even romantic landscape views following the example of late 19th-century paintings. His photography is realistic but undramatic and never polemic. A selection of these landscapes was published in Tettamanti's first book "Local Studies" in 2006.

The Swiss skiing resort Davos is known worldwide as the site of the annual World Economic Forum's summit of global leaders. Tettamanti was commissioned by the destination's marketing organisation for a series of artistic images of the region. Continuing "Local Studies", it shows mainly the nature of the region, but also its infrastructure, panoramas of the alpine urban settlement and architecture. "Davos" presents around 100 out of the more than 350 colour photographs he has taken.