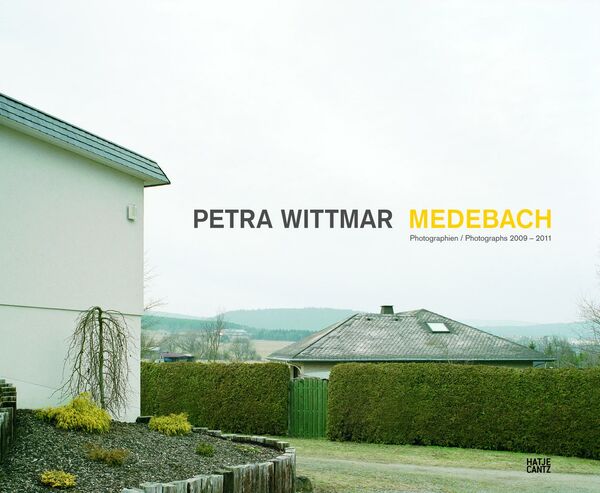 Multiple-family homes, garages, farms, small industrial buildings. The sidewalks are swept, the front yards are mowed, the hedges meticulously pruned. In her latest four-color photo series, Petra Wittmar (*1955 in Medebach, Hochsauerland), graduate of the Folkwangschule in Essen, captures the apparent dreariness, despite its orderliness, of her hometown from a perspective that is as dauntless as it is distanced.

Her pictures are exemplary of the everyday face of a small country town in the German province: alongside the occasional store one sees absurdly strange pieces of architecture—a Mediterranean villa, an Alpine chalet, a small high-rise. New housing developments, permanently half-empty. A couple of vacant lots and playing fields where children live out their childhoods. In Schulstrasse, a tempting, red chewing gum vending machine. Ruffled curtains are flaunted in the windows; wrought-iron bars block the path to freedom.