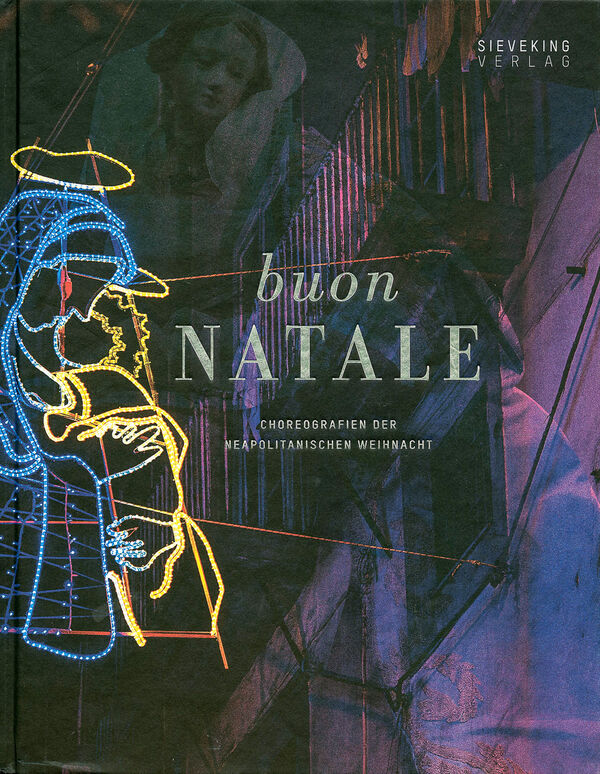 176 pages, 23 x 29.5 cm , 1268 g.
Sieveking
Buon Natale
Choreografien der Neapolitanischen Weihnacht
Was €39.90 €10.00
Including VAT, plus Shipping
Transit time: 2 to 6 business days (worldwide)
Add to cart    Add to wishlist
Anyone who wants to get into the Christmas mood, even during the hottest of southern summers, has to go to Via San Gregorio Armeno in Naples. Here, the high art of crafting nativity scenes is practiced, just as it was two hundred years ago, albeit with modern impacts. In December, no one can go down the street, for thousands are there to wonder at the colorful figures and vivid presentations.

In a special Neapolitan tradition, a hilly landscape is the showplace for a moving scene, including the Annunciation to the Shepherds, the Adoration of the Magi, and the lives of the people. The Diözesanmuseum Freising has such an elaborate nativity scene dating from the second half of the eighteenth century. It consists of around 130 figures, 70 animals, and more than 350 finimenti—tiny models of musical instruments, market baskets, furniture, and crockery. The delicate figures are made of terra cotta; the animals have glass eyes and specially made horns. The three kings and their attendants are splendidly clad, and the peasants presented in loving detail.