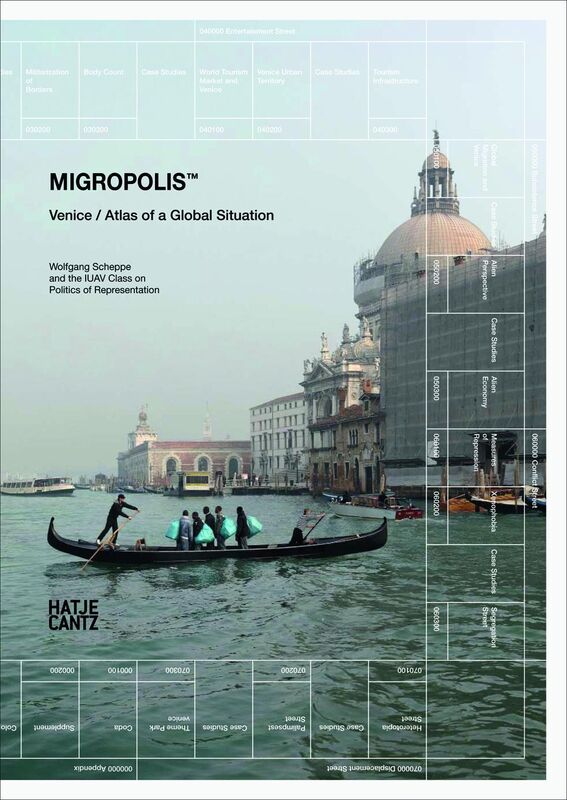 1344 pages, 17.3 x 24.7 cm , 3300 g.
Hatje Cantz
Migropolis: Venice / Atlas of a Global Situation
Was €58.00 €14.95
Including VAT, plus Shipping
Transit time: 2 to 6 business days (worldwide)
Add to cart    Add to wishlist
Since its publication, the four-year study on the globalized city conducted by the philosopher Wolfgang Scheppe at the Università Iuav de Venizia has achieved the status of being a standard reference.

The intricately structured two-volume book, in which the movement patterns of migration and tourism intersect, looks at Venice as an exemplary case of urbanity under the control of globalization. By means of the documentation of Situationist dérives, critical tools for data visualization and multilayered maps, the broadly conceived work permits immersing oneself in the city almost down to a microscopic layer. Thousands of photographs alternate with individual case studies on illegal immigrants as well as people on pleasure trips.

One focus is on the conflicts of exclusion, which are brought about by Europe’s border regimes or by the shadow economy both compelled and criminalized by European legislation. The reasons for the break-up of the metropolitan context into a split “dual city” lie in such contradictions. The publication provides a unique and comprehensive basis for the current debate on the refugee movement from the battlefields of Western alliances and the zones of the world that have been pauperized by the globalized economy.