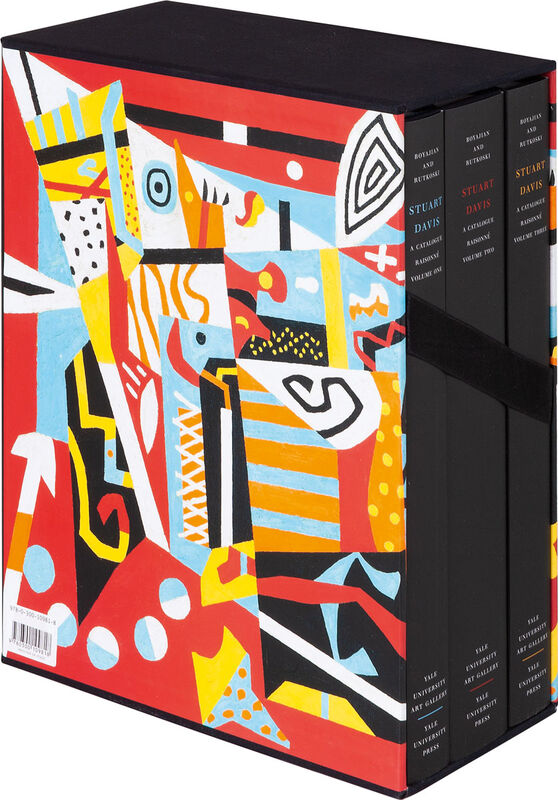 Stuart Davis (1892–1964) made a mark on the art world early in his career, first with his Ashcan works and then with his highly personal version of Cubism, which firmly established American modernism as a force that could rival its European counterpart. Over the course of six decades, Davis produced artworks that drew inspiration from the European modernists but were deeply rooted in the popular culture of the United States. Jazz music and hipster talk, vaudeville stages, city streetscapes, New England fishing villages, gasoline stations, store fronts, and commercial packaging and advertising images were among the sources that infused his art with energy, bringing crisp edges, radiant color, and syncopated rhythms to a vast body of paintings, watercolors, and drawings.

Documenting the life’s work of this prolific and highly influential artist—who affected almost every development in American art from second-generation Ashcan realism around 1912 to color field and geometric painting in the 1960s—is a monumental achievement. In these three volumes, the editors have catalogued 1,749 artworks by the artist—including more than 600 works never previously illustrated—providing extensive documentation and information about each one. A detailed chronology of Davis’s life, as well as an enlightening discussion of the compositional relationship between certain works spanning his oeuvre, rounds out this study. Exquisitely designed and produced, Stuart Davis: A Catalogue Raisonné will be the definitive reference on the artist’s work for many years to come.