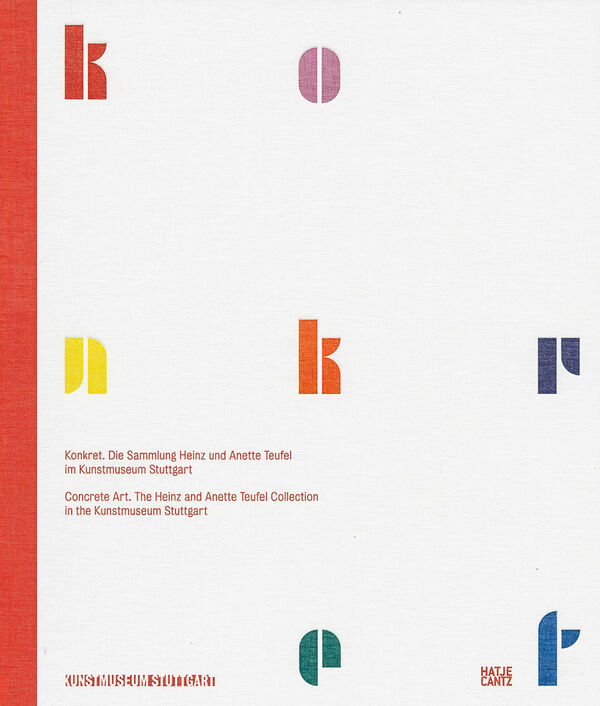 308 pages, 23 x 27 cm , 1492 g.
Hatje Cantz
Konkret. Teufel Collection
Die Sammlung Heinz & Anette Teufel im Kunstmuseum Stuttgart
Was €39.80 €9.95
Including VAT, plus Shipping
Transit time: 2 to 6 business days (worldwide)
Add to cart    Add to wishlist
Art dealer and collector Heinz Teufel, who died in 2007, was one of the great patrons of Concrete Art in Germany. From the time he opened his gallery in 1966 in Koblenz until his period in Berlin in 1998, the gallery maintained a strict profile, regardless of the varying trends on the art market.

The collection he and his wife Anette assembled, which contains works by nearly fifty prominent artists, will become part of the permanent collection of the Kunstmuseum Stuttgart in 2009. This group of about two hundred paintings, numerous sculptures, and an extensive inventory of prints provides an overview of Concrete works created throughout Europe after World War II.

The collection’s special quality lies in the inclusion of Eastern European, Italian, and French artists, such as Zdenek Sýkora, Antonio Calderara, and Aurélie Nemours, whose works are rarely seen in museums. However, there are also “Swiss classics” such as Max Bill and Richard Paul Lohse, as well as outstanding works by the important artist Bridget Riley.