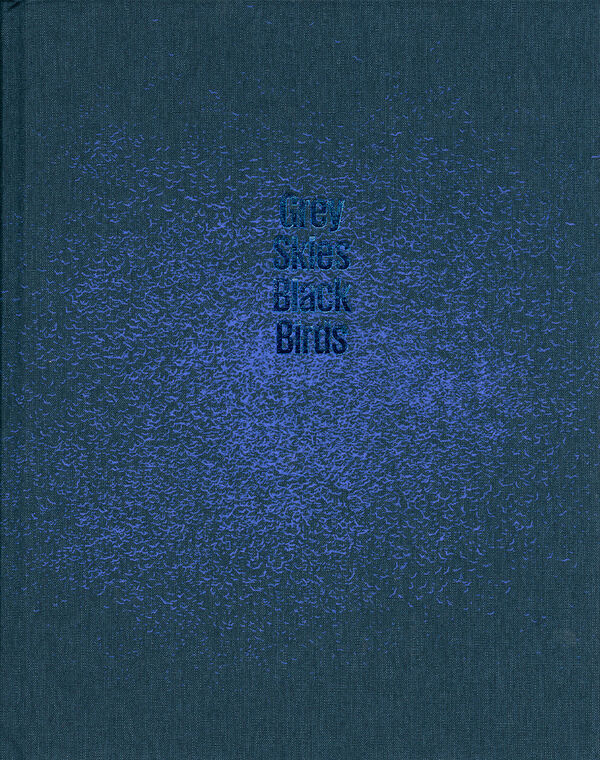 210 pages, 20 x 25.5 cm , 948 g.
Stéphanie Borcard | Gost Books
Stéphanie Borcard and Nicolas Métraux – Grey Skies Black Birds
€38.00
Including VAT, plus Shipping
Transit time: 2 to 6 business days (worldwide)
Add to cart    Add to wishlist
Grey Skies Black Birds was published in December 2015 to mark the 20th anniversary of the signing of the Dayton Agreement, the treaty that brought an end to the Bosnian War. A long-term project by photographers Stéphanie Borcard and Nicolas Métraux, the book aims to give a face to the cities and landscapes whose names are familiar in the collective memory. Grey Skies Black Birds also presents the faces of the country itself, examining the impact of the post-war situation on the individuals born before, during and after the conflict.

The photographs were taken between 2013 and 2015 in Bosnia and Herzegovina. They show rural and urban landscapes bearing the traces and echoes, both obvious and hidden, of a troubled and somber history. Many of the landscape are presented as diptychs, the gaps between the pairs of images echoing the political, ethnic and religious divisions of the country. The portraits in the book suggest a mixture of hope and disillusionment whilst overcoming a difficult past.

The book contains essays by Saša Stanišić a Bosnian-German writer who came to Germany as a refugee when he was 14 years old; Srećko Latal who was an AP correspondent in Bosnia and Herzegovina during and after the 1992-1995 war and is currently Balkan analyst with the International Crisis Group; and Christian Caujolle, an international photography critic and curator.

Stéphanie Borcard and Nicolas Métraux are Swiss photographers whose work explores social issues, both universal and specific, from different and unexpected perspectives. Past projects have included documenting Alzheimer’s disease in a Swiss centre in Thailand, the Tibetan Wild West, the vanishing Uyghur culture, and children born from sex tourism in the Philippines. Their personal projects are often influenced by both their travels and the relationship between the individual and society, fueled by a desire for a better understanding, and continual questioning of, the world. Borcard and Métraux’s work has been exhibited widely across Europe and Asia, and they are recipients of numerous awards including most recently First Place in the Swiss Press Photo Award 2015. Their clients include The Washington Post, Der Spiegel, NZZ, NZZ am Sonntag and South China Morning Post Magazine, amongst others.