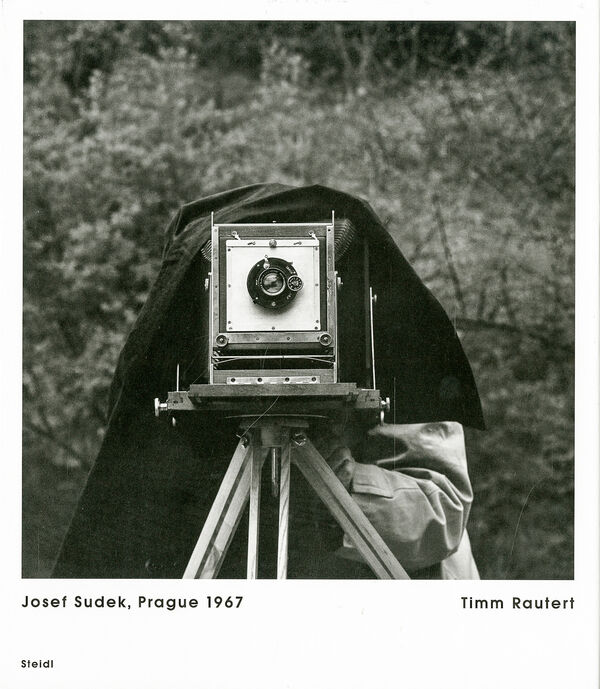 96 pages, 24 x 28 cm , 860 g.
Timm Rautert | Steidl
Timm Rautert – Josef Sudek, Prague 1967
€40.00
Including VAT, plus Shipping
Transit time: 2 to 6 business days (worldwide)
Add to cart    Add to wishlist
Timm Rautert met Josef Sudek for the first time on a study trip to Prague in the spring of 1967. The photography student and the seventy-one-year-old Sudek — arguably the most important Czech landscape and still-life photographer of the twentieth century and a cult figure in his native country — instantly took to each other, and Rautert began photographing the artist at his studio and home. He accompanied him on his strolls in parks in Little Prague on the left bank of the Vltava river as he searched for adequate perspectives, and documented his work process in and outside the darkroom.

The Sudek series is an extraordinary chronicle of a fascinating personality and place in the run-up to the Prague Spring, and marks the beginning of Rautert’s career during which the portrait and people at work were always of major importance to him.