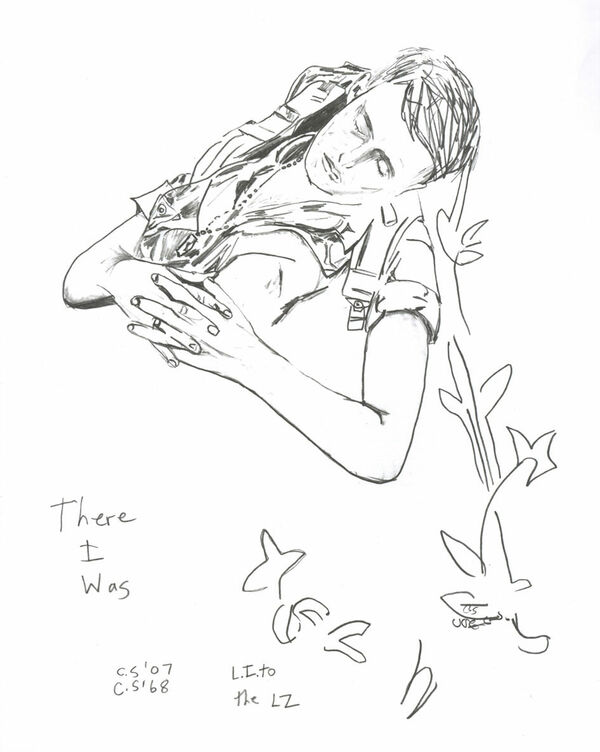 72 pages, 25 x 31.4 cm , 570 g.
Collier Schorr | Steidl
Collier Schorr – There I Was
Was €27.50 €7.95
Including VAT, plus Shipping
Transit time: 2 to 6 business days (worldwide)
Add to cart    Add to wishlist
The starting point of Collien Schorr‘s project is the short but spectacular life of charismatic 19 year-old drag car racer Charlie Astoria Chas Synder and his '67 Ko-Motion Corvette. At the age of 4 Schorr accompanied her father, an automotive photographer and journalist, to a local race track where she watched Astoria Chas work on his car. A subsequent article followed, with the now eerie headline “While Astoria Chas is doing his thing in Vietnam his friends are racing his L-88." By the time the article was published, Charlie Snyder had died in action in Vietnam.

Based entirely on photography, the book engages with the medium and simultaneously challenges the role of the photograph as document of the past. Using a collision of source materials for the drawings, beginning with her father's images and Snyder's own snapshots taken in Vietnam, Schorr then draws from professional reportage pictures, so as to describe, literally sketch out, one monumental trip from Queens to Vietnam and back.