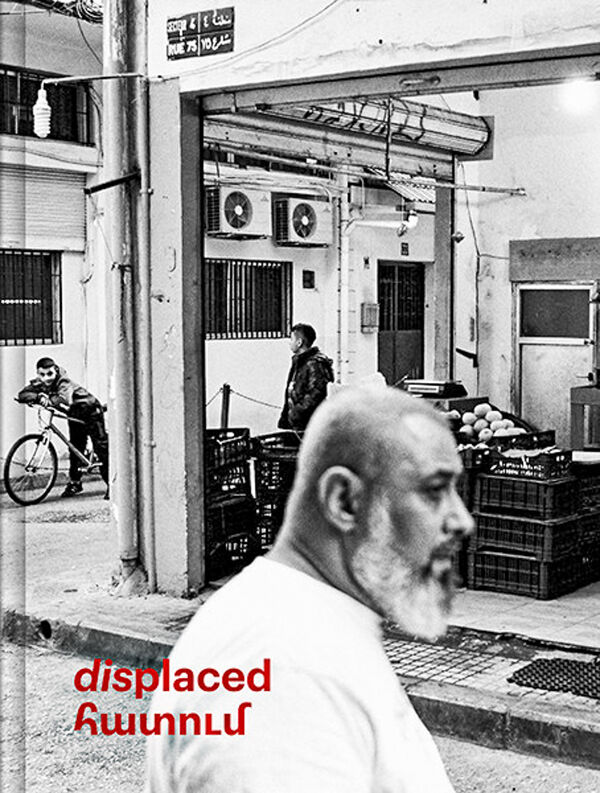 160 pages, 19 x 25 cm
Ara Oshagan | Kehrer
Ara Oshagan – displaced
€39.90
Including VAT, plus Shipping
Transit time: 2 to 6 business days (worldwide)
Add to cart    Add to wishlist
Photographer Ara Oshagan and author Krikor Beledian grew up in Beirut's Armenian communities formed by refugees and survivors of genocide. They came of age in families and neighborhoods fraught with the collective memory of extreme violence and dispossession. Both left Beirut decades ago and now return to immerse themselves in its fractured urbanscape: Oshagan with dark and lyrical photographs and Beledian with a poetic semi-autobiographical essay drawn from his youth. Set in Beirut's dense Armenian neighborhoods of Bourj Hammoud, displaced brings these two symbiotic and deeply personal works together: a unique collaboration interrogating diasporic memory, multi-generational displacement, and the ambiguities of narrative.

Ara Oshagan has exhibited his work worldwide and presented it at the International Center of Photography, New York, TEDx Yerevan, among others. Following Traces of Identity (2005) and Fatherland (2010), displaced is the third project of a trilogy of work about identity and diaspora.

Krikor Beledian is widely regarded as the most important poet writing in Western Armenian. A prolific novelist, essayist, and literary critic, he is the author of more than 30 volumes that have been published in the Middle East, Europe, Armenia, and the United States. Translated by Taline Voskeritchian and Christopher Mills, displaced is the first major work by Beledian to appear in English.